Lausanne, Switzerland, September 11, 2020 – Andrei Zenovich may have refereed his final international volleyball match, but the Russian is set to move into the next phase of his career and help ensure the next generation of volleyball referees can match his high standards.

Lausanne, Switzerland, September 11, 2020 – Andrei Zenovich may have refereed his final international volleyball match, but the Russian is set to move into the next phase of his career and help ensure the next generation of volleyball referees can match his high standards.
Zenovich was due to make the Tokyo 2020 Olympic Games his final tournament after he received permission to extend his career past the 55-years of age cut off.
Unfortunately, Tokyo 2020’s postponement in light of the Covid-19 outbreak means he will not be able to referee in a fourth Olympic Games and he is in the running for a place on the European Volleyball Confederation (CEV) Refereeing Commission.
If he is chosen, Willy Paredes, president of the FIVB Refereeing and Rules Commission believes there is no-one better for young referees to learn from.
“For sure many referees learned from his professionalism, taking care of well-ordered referee documents, and bringing these to the competitions for quick consulting whenever is necessary,” said Paredes.
“He always was open to share valuable experiences during formal and informal meetings, providing strong support before matches and realistic feedback later.
“It is very helpful for young referees to listen to the most experienced ones; this sharing of experiences paved many roads for the referees who begin their journey through the big events.”
Zenovich, who turned 58 in July, qualified as an FIVB International Referee in 1995, but before then he had refereed regularly in the Soviet Union, and then the Russian league.
The Rostov-On-Don born whistle blower featured in three Olympic Games. At Rio de Janeiro 2016 he refereed the men’s gold medal match when the host nation defeated Italy to end a 12-year-wait for Olympic gold. 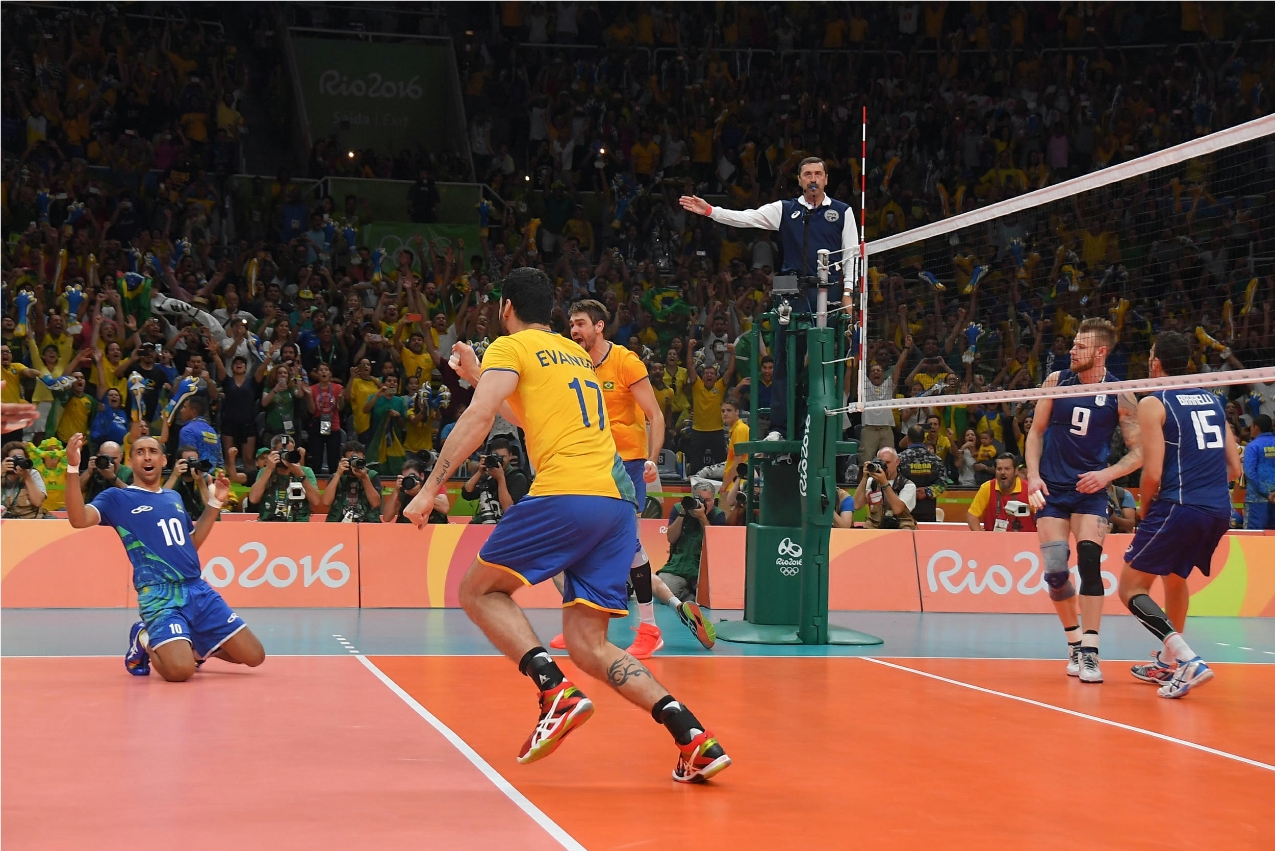 Andrei Zenovich was in charge when Brazil defeated Italy in the final of the Rio 2016 Olympic Games.

It was his second Olympic gold medal match having refereed the women’s final between Brazil and USA at London 2012. At his first Olympic Games, he took control of the women’s bronze medal match between China and Cuba.
“Andrei’s natural way of being open and friendly during matches helped him to project a very reliable image to the players and coaches,” Paredes said.
“He was the most respected referee of the past two decades on and off the field of play at the FIVB level.
“His easy and friendly way of communication with players and coaches reduced the pre-match tension to normal levels even before the most delicate matches.” 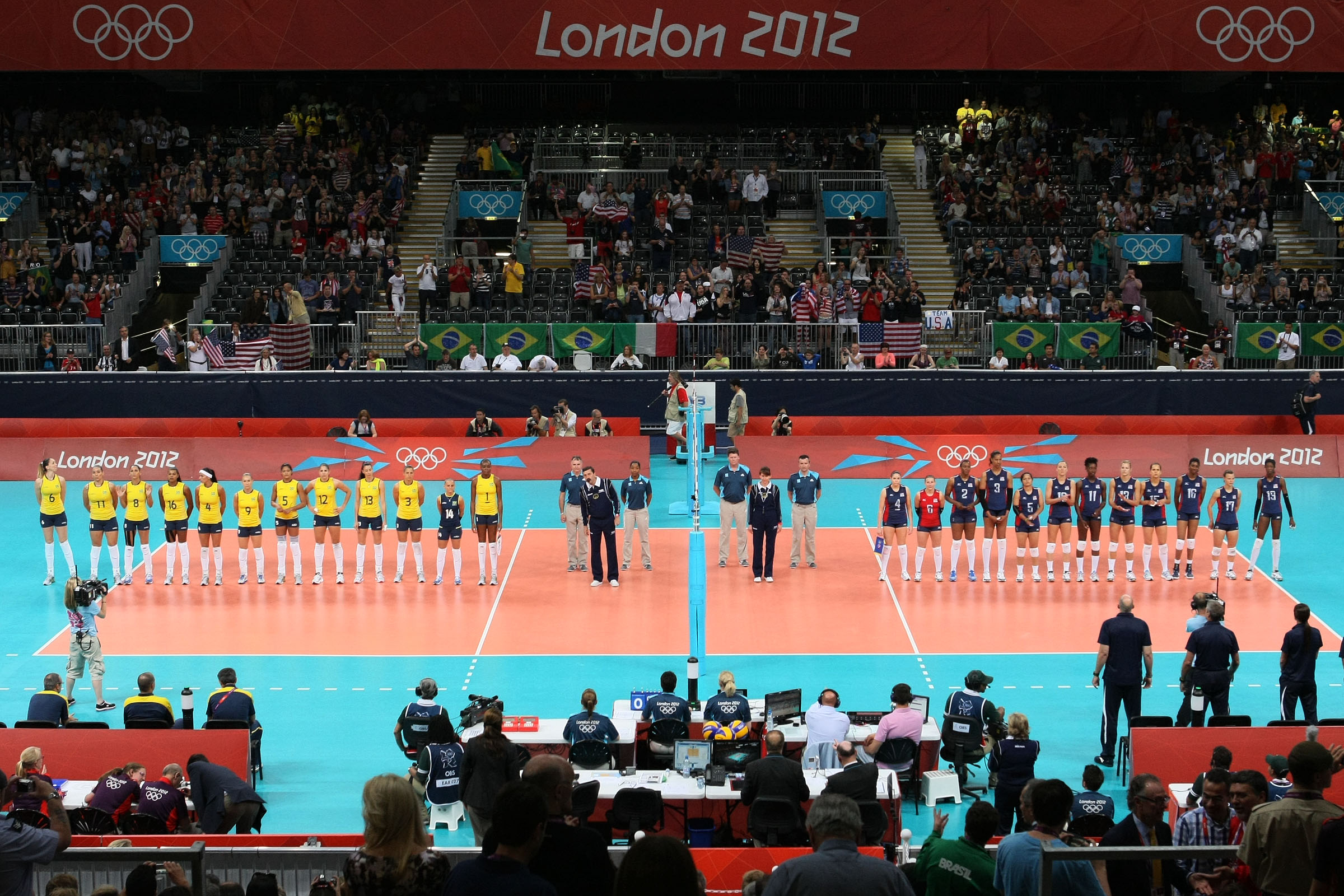 The Russian referee also featured in the women's final at London 2012 between Brazil and USA.
Zenovich refereed in the FIVB World League for the first time in 1997 and he continued when the FIVB Volleyball Nations League began in 2018.
He featured in six World Championships. The FIVB Volleyball Women’s World Championships in 1998, 2002, 2006, 2010, and the FIVB Volleyball Men’s World Championships in 2014 and 2018, as well as five FIVB Volleyball World Cups and four FIVB Volleyball World Grand Champions Cups.
In Europe Zenovich refereed at the 2001, 2003, 2005, 2007, 2009, 2011, 2013, 2015, 2017 European Championships, and since 2005 he has been a member of the Russian Refereeing Commission and the vice-president of the Rostov Regional Volleyball Federation since 2010.
“His colleagues used to call him “Papa Andrei”,” Paredes said. “This nickname says it all about the great affection that everyone has for him.
“Andrei was the big 'captain' of the referee’s team in all the competitions he has participated in, being so friendly always and sharing his time and spreading his good mood on and off the court.
“He is a 'team player' with the ability to help build team cohesion between the referees and he became an incredibly good friend for us all.”