Zhana Todorova: VNL is where we belong

Lausanne, Switzerland, February 16, 2019 – Zhana Todorova, one of the rising stars in the world of women’s volleyball, is already looking forward to her team’s debut in the FIVB Volleyball Nations League. As Bulgaria celebrated with the inaugural FIVB Volleyball Challenger Cup trophy in 2018, their libero topped the best receivers chart of the tournament in Peru, but as she told fivb.com, the biggest reward for their effort was the right to play in the VNL.

Lausanne, Switzerland, February 16, 2019 – Zhana Todorova, one of the rising stars in the world of women’s volleyball, is already looking forward to her team’s debut in the FIVB Volleyball Nations League. As Bulgaria celebrated with the inaugural FIVB Volleyball Challenger Cup trophy in 2018, their libero topped the best receivers chart of the tournament in Peru, but as she told fivb.com, the biggest reward for their effort was the right to play in the VNL.
After winning gold in the 2018 European League, Bulgaria earned the right to represent their continent in the inaugural edition of the Challenger Cup. The Balkan Lionesses dropped only one set along the way to the gold in Lima and Zhana Todorova had a lot to do with the result. 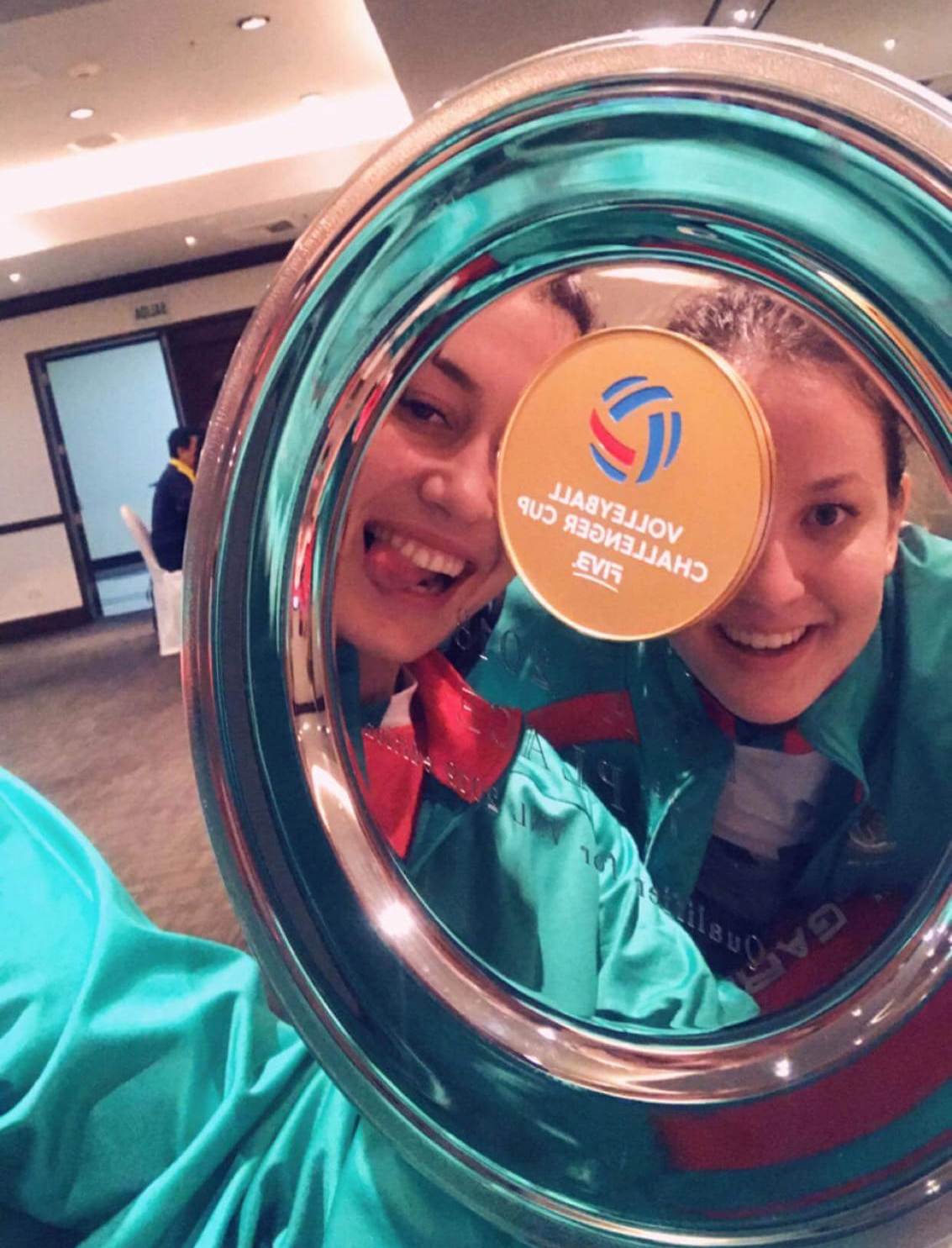 “We were a new squad of young players, all very motivated to prove ourselves,” Todorova commented. “With all the travelling, we felt exhausted in Peru, but with great will, high morale and good teamwork, we persevered through. VNL qualification was our big goal. Now our big goal should be to remain, because the VNL is where we belong. We are one of the four teams that could be relegated and this is rather motivating...” 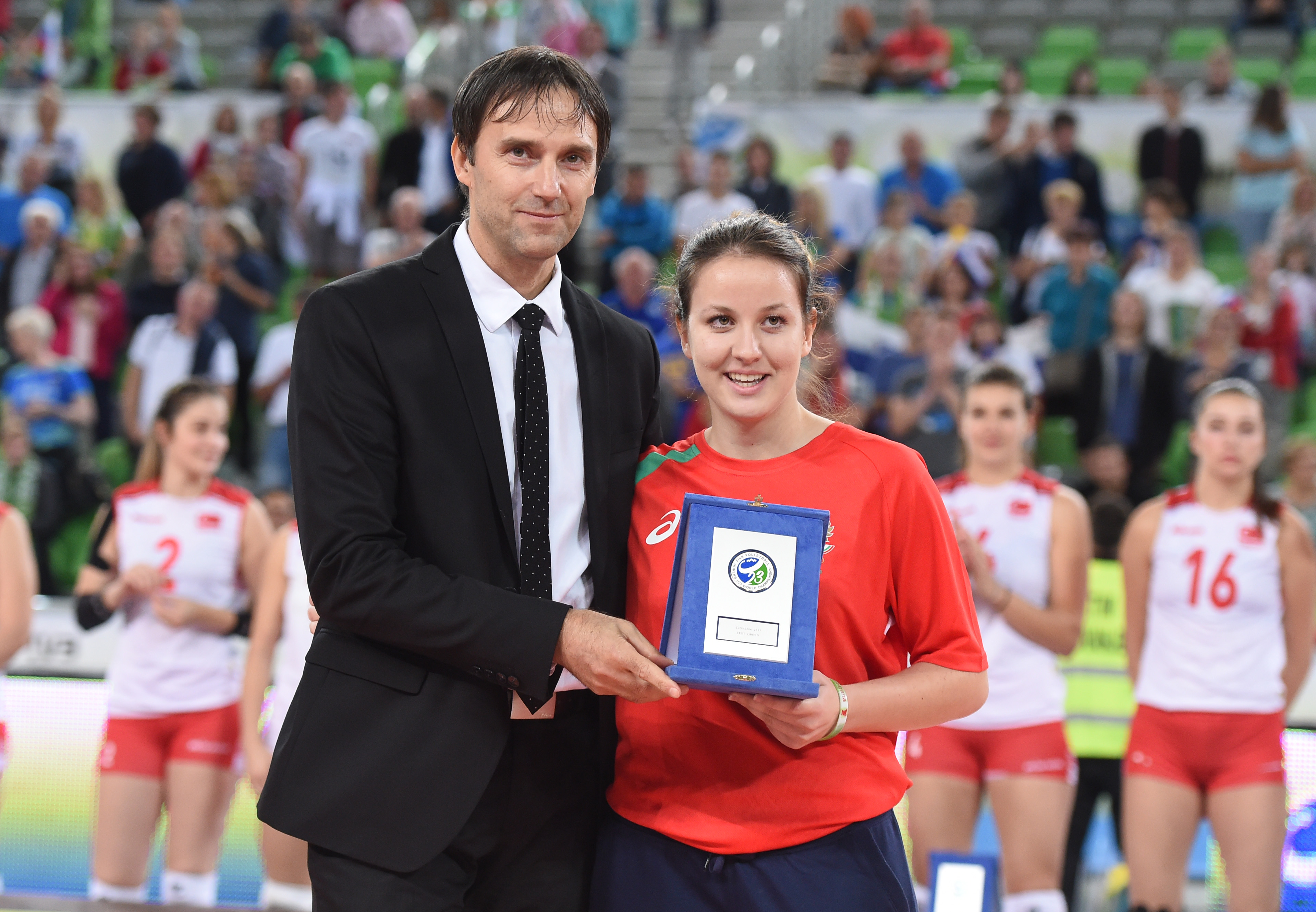 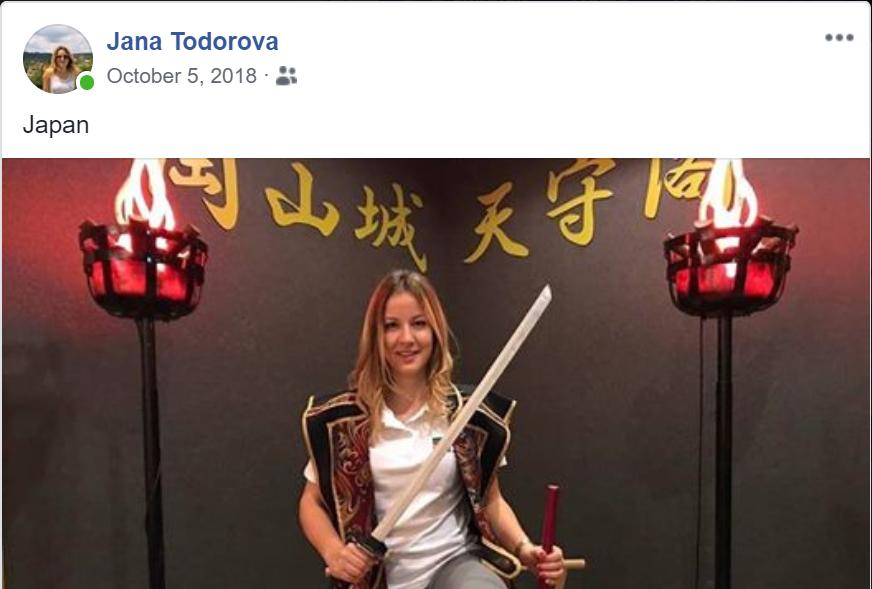 But the Bulgarian libero prefers to stay with both feet firmly on the ground. “I am flattered. Awards and praise like these make me realize that all the sacrifices have been worth it. I also know that I have a lot to learn and I have to grow as a player. It would be great to get a best libero award at senior level, but it’s not a fixation. Coaches tell me that liberos peak at the age of 27-28, so I have time. It is way more important to win medals with the team.” 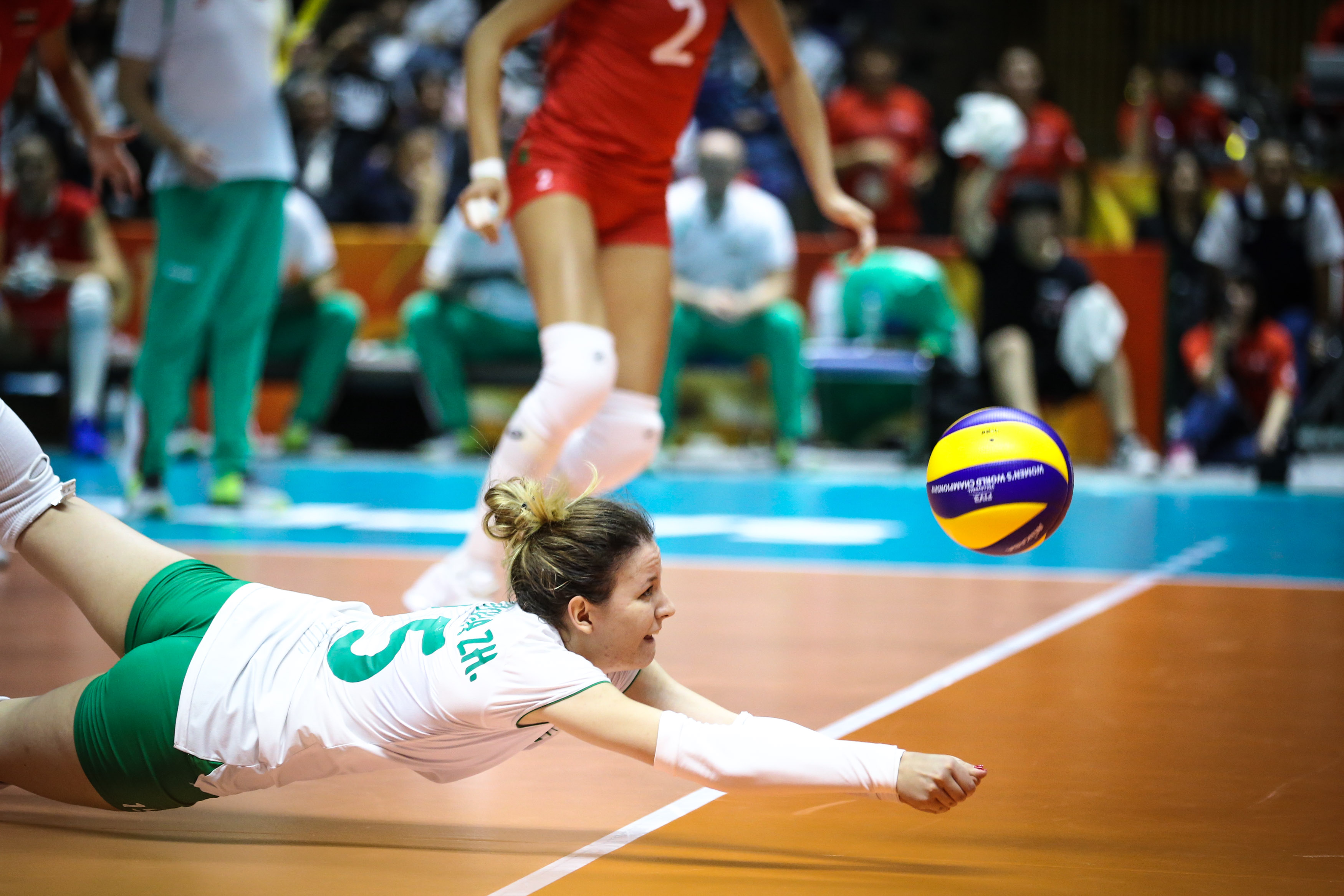 Todorova in action at the 2018 World Championship in Japan
“In my dreams, I see Bulgaria making the final six of the VNL, but we have to walk our way step by step,” she continued. “The teams we are going to face are very high level and we have to play without pressure, gain valuable experience and self-confidence and keep faith in our direction.”
Bulgaria will make their inaugural VNL appearance at home in front of their fans, as they will entertain Belgium, Japan and USA in the first weekend of this year’s edition on May 21 - 23. “To play in front of the home crowd and to feel the people close to me motivates me a lot and sometimes even makes me exceed my own abilities,” Todorova admitted.
Until then she is focused on completing another successful club season with Maritza Plovdiv. The squad from her native city, where she has spent her entire career so far, is already on a 67-match winning streak in the national league since November 2015 and well on its way to a fifth consecutive title. Maritza are in the middle of their third straight Champions League participation. Since last year Todorova has been lucky to play under the same coach in Maritza and in the national team.
“Under Ivan Petkov I feel more responsible for my performance in the national team than before. He has helped me a lot in my development and I don’t want to disappoint him. He is very demanding, but he also knows when I am having a hard time, just like I can sense when he is having a bad moment,” she pointed out. 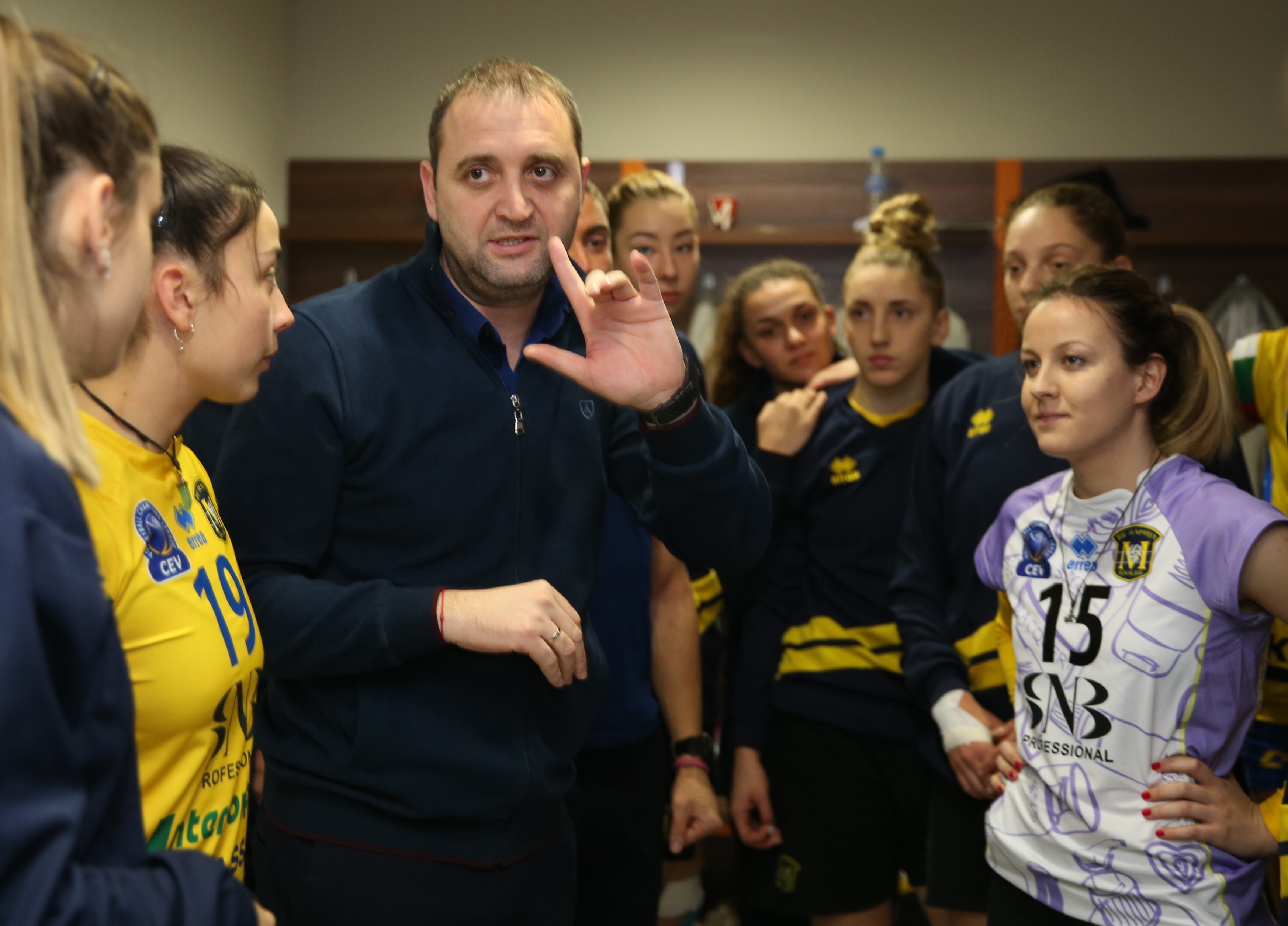 Pep talk by coach Petkov before a Champions League match
Now standing at 1.70 m, Zhana was only about 1.40 m tall when she went to the volleyball hall at the age of 13. The Maritza coaches were close to turning her away, but gave her a chance to find out she has the right feel for the ball. She has been with the club ever since.
“Along with the many other reasons to stay here, I like the fact that the club follows its long-term plan step by step and everyone in the club is so professional,” Todorova commented. “Transferring to another club is certainly possible, but the right offer has to come around first.” 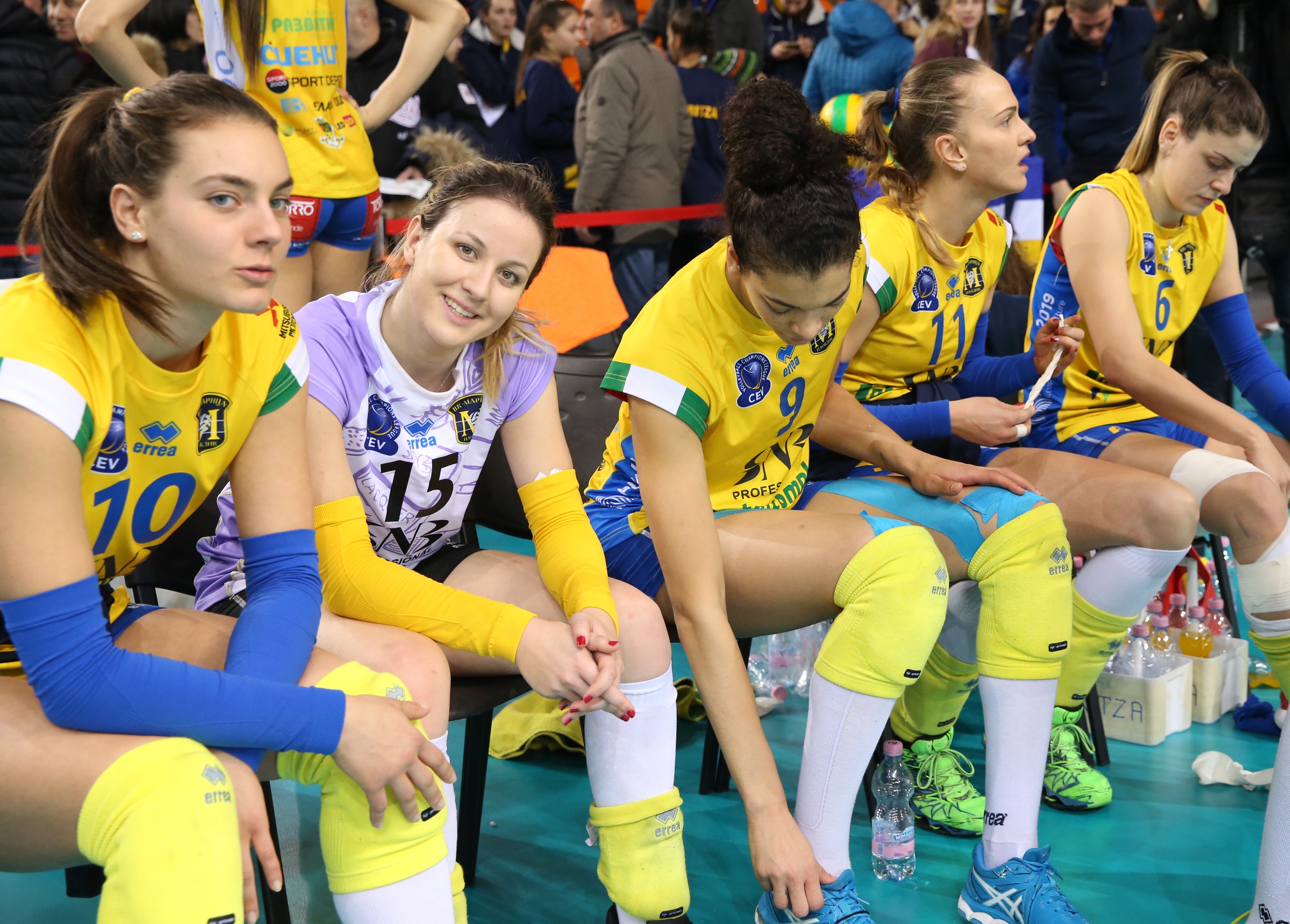 Happy in the Maritza Plovdiv jersey
After the Challenger Cup triumph last summer, Todorova used her short holiday break to take windsurfing lessons on the Black Sea coast. She loves the Bulgarian beaches. She also loves the mountains, but, to avoid possible injuries, skiing has been off limits since she got into volleyball. Todorova is a keen theatre-goer. She is lucky to live in a city chosen to be the 2019 European Capital of Culture, but she also grabs any opportunity to attend theatrical plays in Bulgaria’s capital Sofia. The young athlete also devotes time to pursuing a Plovdiv University degree in economic management. “There are plenty of things I would like to try in life, but there is never enough time,” she summarized. 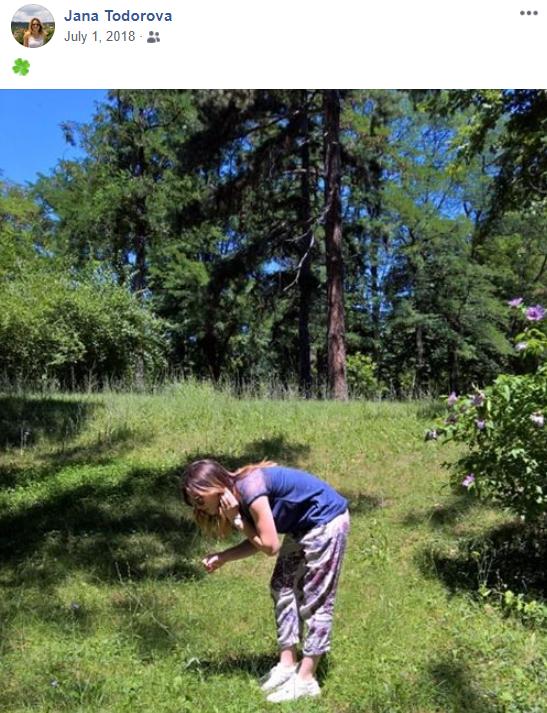 Asked to pick the six volleyballers she would like to play with on the squad of her dreams, Todorova went for Maja Ognjenovic for her charisma to inspire her teammates, Jordan Larson for being such a complex player and a smart attacker, as well as Zhu Ting, Tijana Boskovic, Milena Rasic and Foluke Akinradewo for their athleticism. She added that the libero she looks up to is Monica De Gennaro.
Quick links - Volleyball:FIVB.com - Volleyball Nations LeagueFIVB.com - Volleyball
Latest VideosFacebookTwitterInstagram