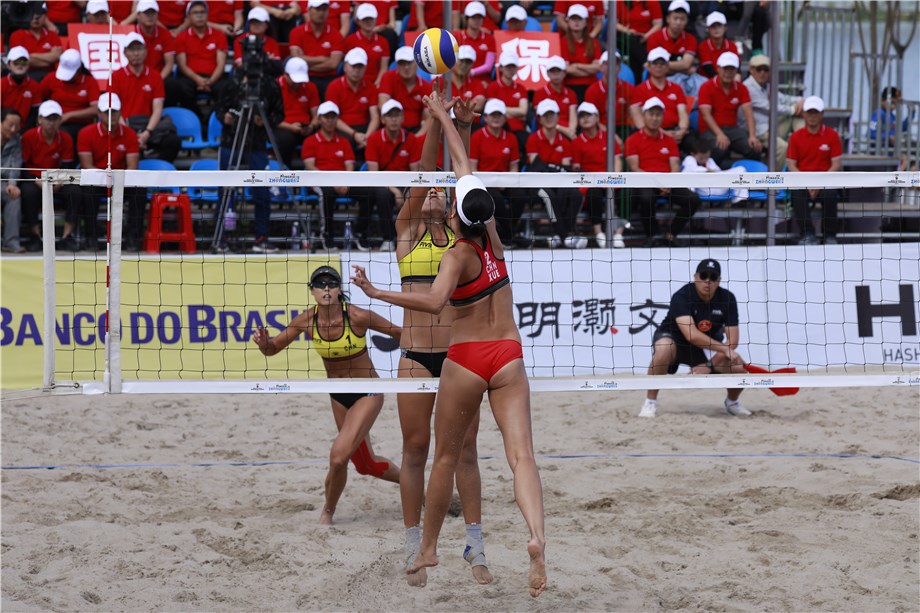 Lausanne, Switzerland, January 21, 2019 - The city of Zhongwei in the Chinese province of Ningxia will return to the FIVB Beach Volleyball World Tour when it welcomes a 2-star women's event from August 22 to 25. The event will be the second in Zhongwei in the 2018/2019 season following the tournament in September 2018 when Chinese women's pair Wen Shuhui and Wang Jingzhe won gold.

Zhongwei will host the first and last events in China on the 2018/2019 World Tour. Qinzhou and Yangzhou were the other Chinese venues in the 2018 portion of the current season. They will be joined by the cities of Xiamen, Jinjiang, Nantong, Nanjing and Qidong in 2019.

The dates of the two 2-star women's events in Nantong and Nanjing are now also confirmed. Nantong will host its event from May 30 to June 2 before the tournament in Nanjing takes place from June 6 to 9.

Following discussions with the Thailand Volleyball Association, the FIVB Beach Volleyball U21 World Championships scheduled from June 18 to 23 will now take place in the northeast of the country in Udonthani. The tournament has also been extended one day to begin with the qualification tournament on Tuesday, June 18 and take place over six days instead of five.

The 2-star event in Singapore will not take place from June 6 to 9. Negotiations are ongoing with the local organisers about hosting the event next season.