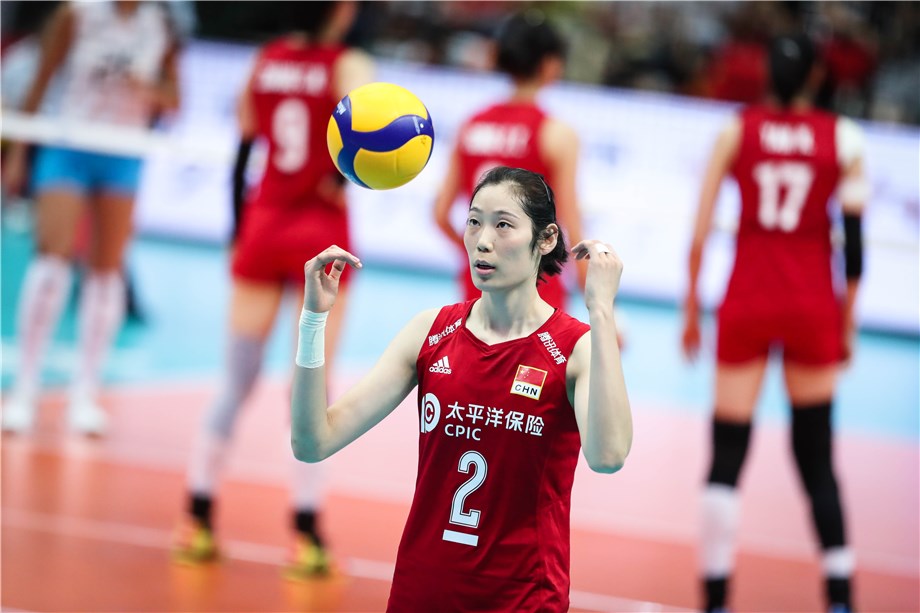 Lausanne, Switzerland, November 29, 2019 - Superstar Zhu Ting, who has returned to her native China after a three-year stint in Turkey and is ready to lead her new club, Tianjin Bohai Bank, in the 2019 FIVB Club World Championship next week, celebrates her 25th birthday today.

So here's 25 things you should know about the Chinese outside hitter:

- Born on 29 November 1994 in Henan.
- Stands 1.98m tall.
- Started volleyball in 2007 at age 13.
- She joined China's youth National Team in 2010.
- In her first international outing she won a silver medal at the 2011 Girls U18 World Championship.
- She won her first MVP award at the 2012 Asian Junior Women's Championship.
- She has been captain of China's senior National Team since 2017.
- Has played for the clubs of Guangdong Evergrande (CHN), Henan Huawei (CHN), VakifBank Istanbul (TUR) and Tianjin Bohai Bank (CHN).