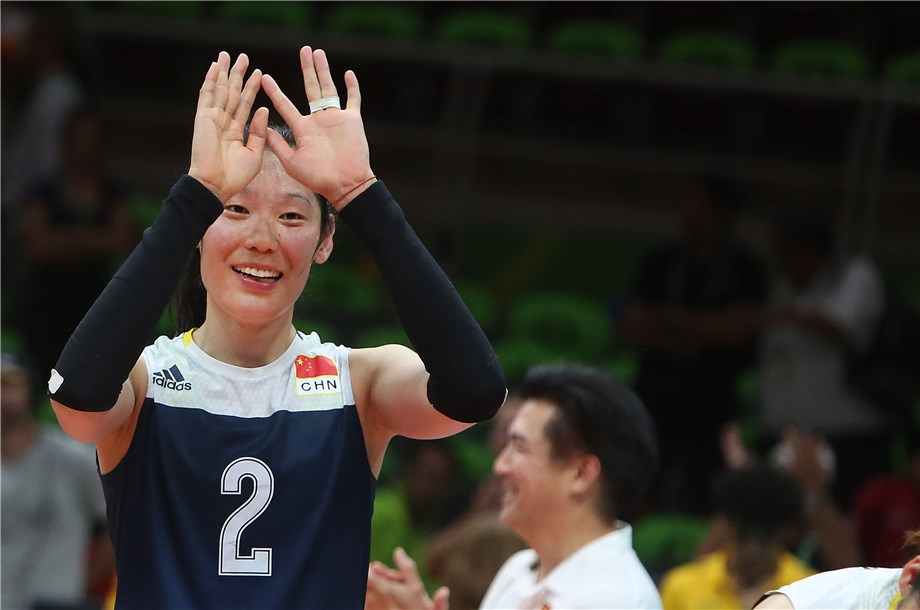 Rio de Janeiro, Brazil, August 18, 2016 - China star Zhu Ting joined the exclusive list of players who have scored 30 points or more in a single game at the Olympic Games, after bagging 33 as she led China to the women's volleyball final of Rio 2016 with a 3-1 win over The Netherlands Thursday night at the Maracanazinho. 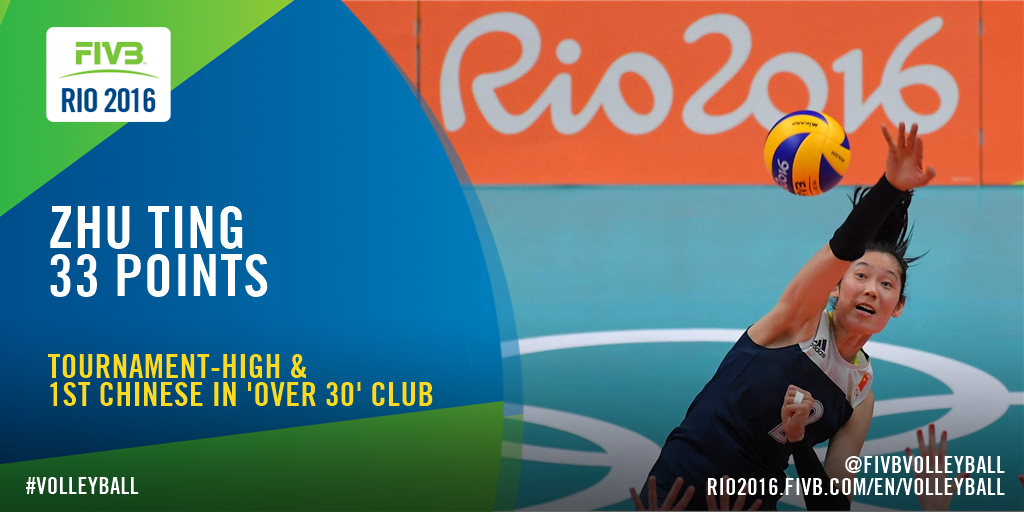 Only Brazil's Mari Steinbrecher (37 points in Athens 2004 against Russia) and Korea's Kim Yeon-Koung (34 in London 2012 against Serbia) have scored more in a single game. 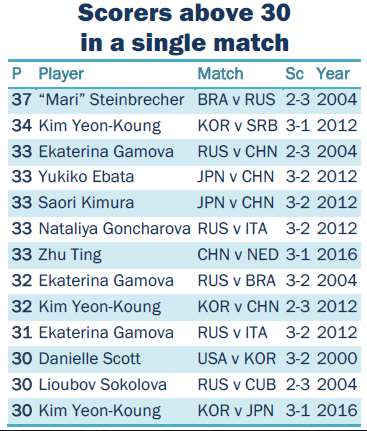 Zhu becomes the 9th player to feature on the list. Only Kim and Russia's Ekaterina Gamova appear more than once.

The Chinese outside hitter was the second player at the Rio 2016 Olympic Games to break the 30-point mark, after Kim scored 30 against Japan in the very first match of the tournament.

(All data is since the introduction of the rally-scoring system, as of Sydney 2000)