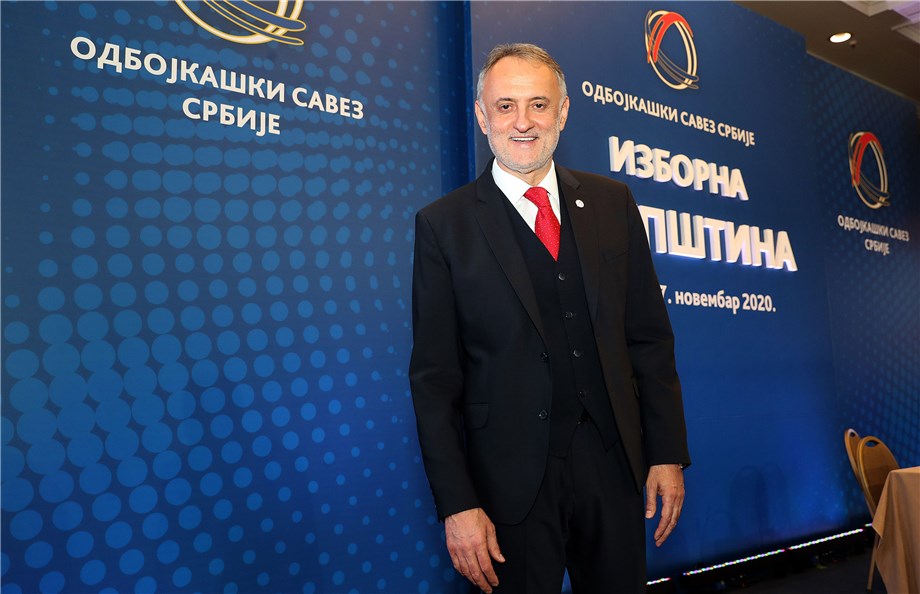 Lausanne, Switzerland, November 11, 2020 – Mr Zoran Gajić has been re-elected as Volleyball Federation of Serbia President for a further five-year term following the unanimous decision of delegates attending the 2020 Electoral Assembly of the organisation held at the Hyatt Regency Hotel in Belgrade.
Prior to the assembly, all 15 regional volleyball organisations and associations nominated Mr Zoran Gajić for a new mandate at the head of the Volleyball Association of Serbia.
After the election, Gajić, who has led the organisation since 2016, announced his decision on the Presidency of the Volleyball Federation of Serbia and Board of Supervisors members, including: Mr Ivan Knežević to continue as the Secretary General, Mr Gyula Mester as First Vice-President, and Mrs Jelena Nikolić and Mr Petar Bogunović as Vice-Presidents. In addition, Mr Nikola Vuković was announced as Board of Supervisors Presidents, with Mr Dragan Tadić and Mr Slobodan Ćurčić serving as members.
Mr. Petar Bogunović, Mr. Zlatko Petrović and Mr. Gordan Vilimanović were elected as the members of a provisional body - the Working Presidency of the Electoral Assembly, while Mr. Danilo Mrdja, Mr. Saša Milić and Mrs. Jadranka Veljković were members of the Verification Commission, with Mr. Vladimir Jović, Dr. Nedžad Osmankač and Mr. Saša Mitić as members of the Electoral Commission. 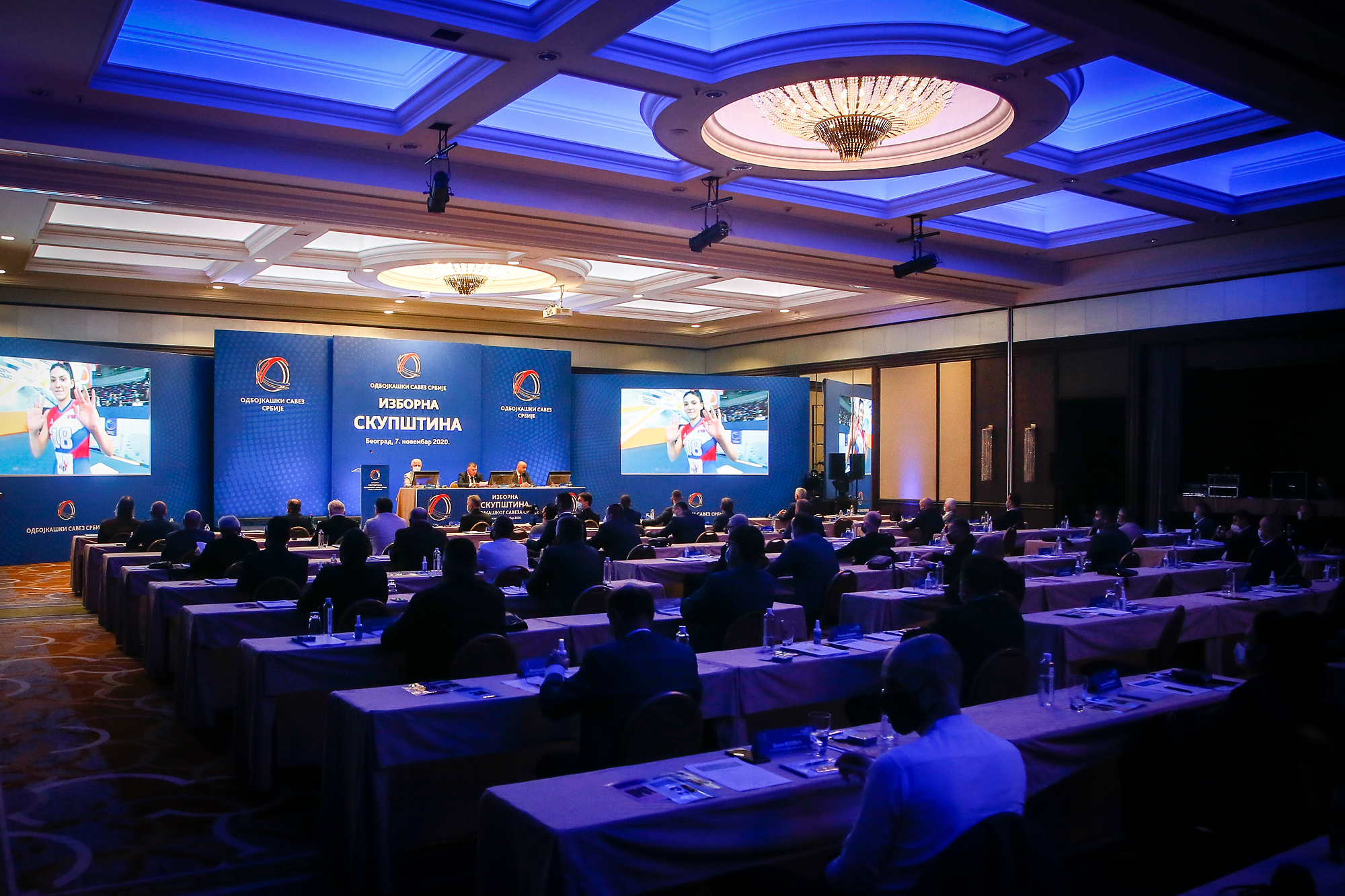 The Electoral General Assembly meeting was held in Belgrade
“We worked very hard over the past four years and we achieved a lot, but this is by no means a reason for us to take this next term lightly. Quite the opposite, we need to focus and maintain the good work and do even more. And I pledge to do so, along with my associates in the Federation,” said Gajić.
During the 2020 Electoral Assembly, Gajić delivered an extensive presentation on the past achievements of the organisation before announcing his plan for the next five years, which included:
• Completion of the National Volleyball Centre
• Extension of contracts with current sponsors and finding new partners
• Increasing the number of male volleyball players through projects such as “My First Spike” and collaboration with the Volleyball Association of Belgrade and other regional volleyball organisations
• Continuous education of volleyball coaches
• Mass testing of children throughout Serbia
• Better positioning of volleyball clubs in their respective regions and provinces
• Organisation of the 2021 EuroVolley Women
• Creating a ranking list of Serbian volleyball clubs
• Continuous support of clubs and volleyball regions
• Better organisation of domestic league matches and league reorganisation
• Establishment of a Snow Volleyball Department
• Signing more bilateral deals with national volleyball federations
• Support provided to the Serbian Volleyball Fans
• Growth of the OSSRBTV - Volleyball Federation of Serbia’s online television