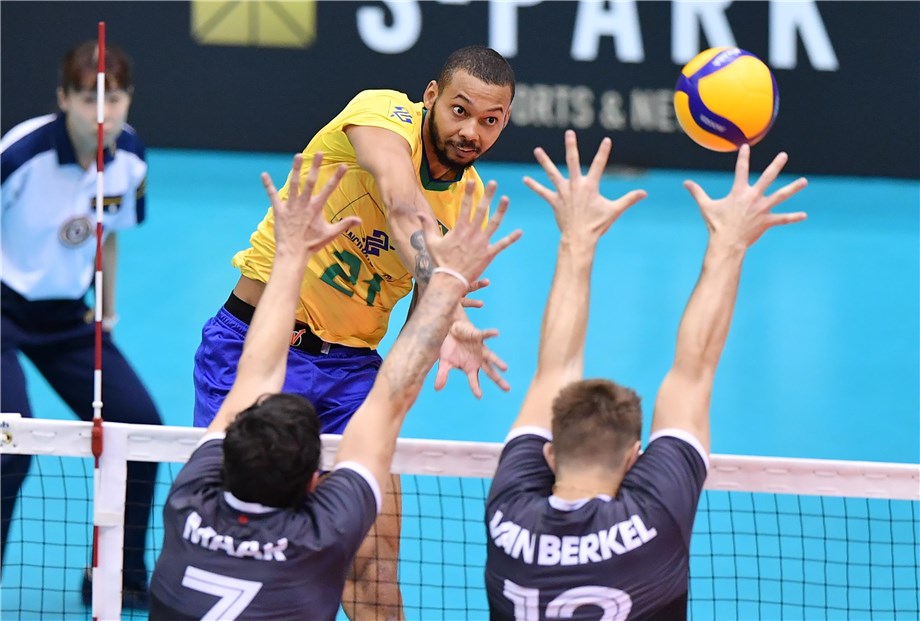 Sao Paulo, Brazil, May 14, 2020 – Alan de Souza has been with Brazil’s national team for just a couple of international seasons, but it didn’t take long for the 26-year-old opposite to identify which teams would be the top challengers for the South Americans when they defend their Olympic title at the Tokyo Games in the summer of 2021.
The recipient of the Most Valuable Player award at the 2019 FIVB Volleyball Men's World Cup, when he helped Brazil to secure their third title in the tournament, Alan said in an interview to Brazilian journalist Bruno Voloch that he believes Poland, Russia and the United States will pose the biggest threats to his team next year.
The Polish won the last two editions of the FIVB Volleyball Men's World Championships, defeating Brazil in the gold medal match on both occasions. And the European team significantly improved its firepower in the 2019 season, when Cuban-born star outside hitter Wilfredo Leon completed his federation change process and was able to join the team.
“Our match against them at the World Cup last year was unbelievable,” Alan said about Brazil’s 3-2 victory during the third round of the tournament, in which he scored 27 points. “They were already a very strong team and they got even better with the addition of Leon last year. I hope they don’t cross our path before the final.”
Russia, Alan believes, will also get to the Japanese capital as a medal contender. The London 2012 Olympic champions won the first two editions of the FIVB Volleyball Nations League, in 2018 and 2019, and have refined their powerful game over the last two years.
“Russia are always a threat,” the opposite reflected. “They are a very tall team and they use that in their favour by serving really hard and blocking extremely well. Against them it’s always one of those matches in which you have to be very focused or you can dig your own hole by trying to challenge their block.” 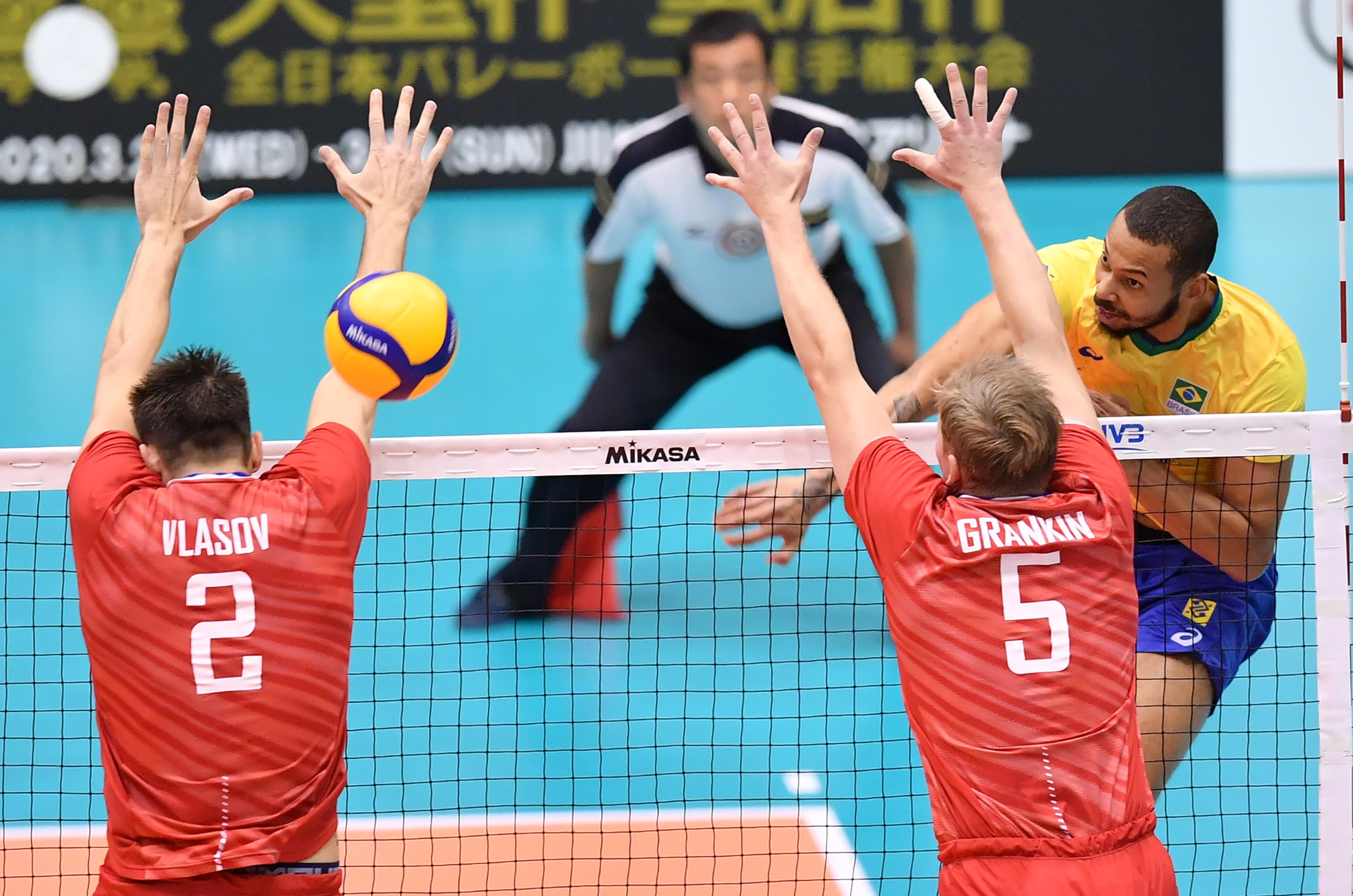 Alan overcomes the big Russian block during last year's World Cup
The Americans pose a different challenge according to Alan. Long known for their refined and cerebral playing style, the 2015 World Cup champions have shown great consistency lately, making it to the podium in virtually each of the major international tournaments played during the current Olympic cycle.
“They are probably the most complete team in the world and that makes every match against them very complicated,” Alan analysed. “Unlike most teams, they can hurt you in a lot of different ways because they are efficient in pretty much every skill. They have intelligent players, who read the game very well and know how and when to adjust during a match, and have great chemistry too.”
Brazil will face Russia and the USA in the first round of the Tokyo Games as all three teams are part of Pool B. Poland are in Pool A could play the South Americans during the elimination round.
More volleyball from Brazil:
Same goal but new plan for Brazil
Bruno pens farewell message to Lube Civitanova
Weber departs from Club Bolivar to coach Taubate
Brait: "De Gennaro is the best libero in the world"
Brazil's 2019-2020 women's Superliga ended
Quick links:
FIVB Volleyball Nations League
Olympic Games Tokyo 2020FacebookTwitterInstagramYoutube
{{item.Title}}
See All News
This website uses cookies to ensure you get the best experience on our website. For more information please read our Cookies Policy.
Ok