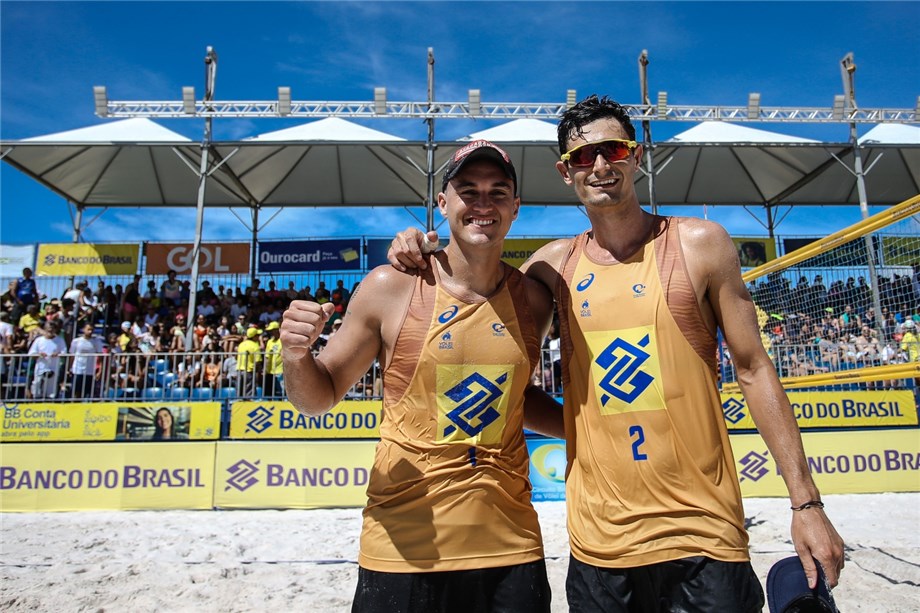 George and Andre guaranteed the season title in advance

Aracaju, Brazil, March 8, 2020 – Andre Loyola and George Wanderley are the winners of the 2019-2020 season of the Brazilian Beach Volleyball Tour. The young duo secured top spot in the national ranking with a third-place finish in Aracaju, the city that hosted the sixth of seven events scheduled this season.

The 25-year-old Andre, a gold medallist at the 2017 FIVB World Championships, and the 23-year-old George, a FIVB U-21 world champion in 2016, secured their fifth medal this season with a 21-18, 21-16 triumph over Allison Francioni and Fabio Bastos in the bronze medal match. They now have 2,040 points and cannot be overtaken by any other teams.
“To secure the season title with still one event to be played is amazing,” Andre reflected. “We wanted so much to be in the gold medal match this week that we really approached the third-place match as a final. Our goal is to always on at the podium and we did it again, but it was also nice to see how much we improved.”
The second-to-last event of the season was won by 40-year-old Hevaldo Moreira and 24-year-old Vinícius Freitas, who upset the recently-reunited Pedro Solberg and Guto Carvalhaes in the two-set (21-19, 21-17) gold medal match.
Among the women, Ana Patrícia Ramos and Rebecca Cavalcanti are very close to the season title after they won the tournament in Aracaju. The team, who secured their third gold medal this season, topped the podium following a straight-set (21-17, 22-20) victory over Talita Antunes and Carol Salgado.
The team now have 1,840 points and will be crowned national champions if they play at the last event of the season, scheduled to happen from April 2-5, regardless of their finish.
“It feels great to win another one,” Rebecca explained. “It was a very tough match against Talita and Carol and it was very warm, so we needed to be very determined and disciplined in our strategy.” 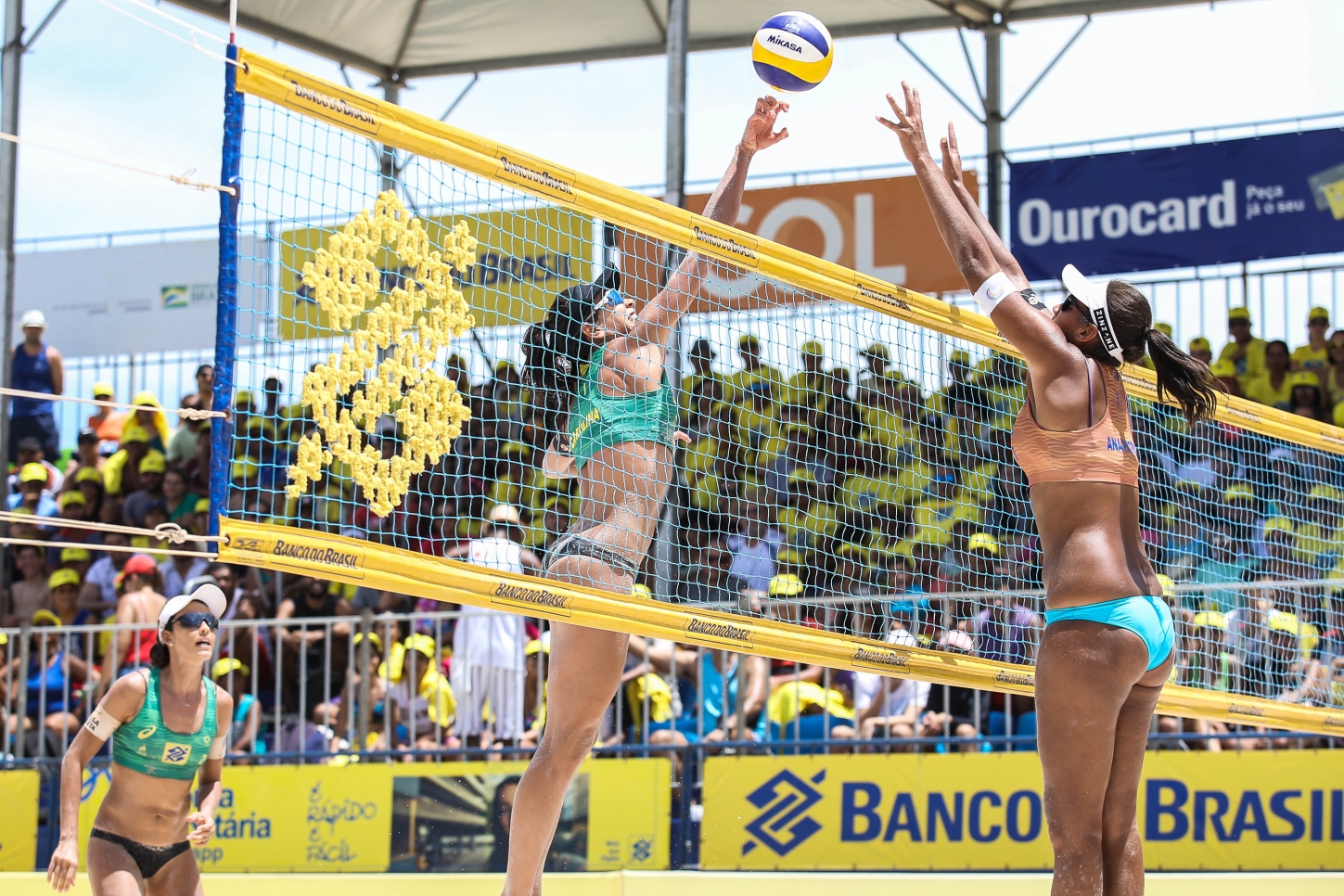