Argentineans Lima and Poglajen to be teammates at Afyon 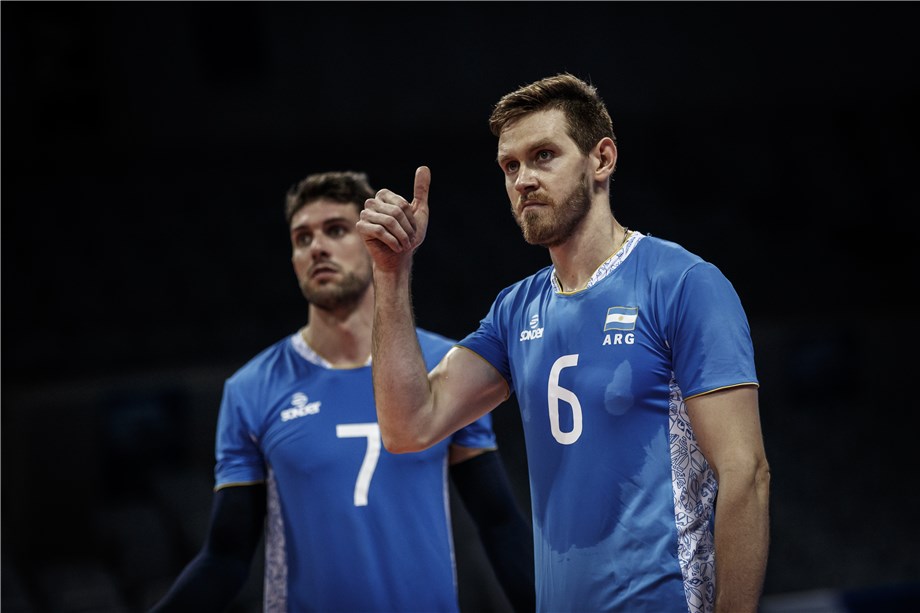 Lausanne, Switzerland, July 11, 2020 – Bruno Lima and Cristian Poglajen have been teammates on the Argentinean national team for the last four years, but during the 2020-2021 season they will carry that bond to their club careers too after both players signed with Turkey’s Afyon Belediye Yuntas.
Lima, a 24-year-old opposite who topped the 2019 FIVB Volleyball Nations League attacker stats, will have his third experience playing overseas as he featured for France’s Chaumont Volley-Ball in 2017-2018 and for Germany’s Volleyball Bisons Buhl in 2018-2019.
A Rio 2016 Olympian, Lima was most recently playing for Gigantes del Sur and was the top scorer and the second-best opposite of the Argentinean League in the shortened 2019-2020 season.
“It will be nice to play overseas again,” he said about the transfer. “Turkey has a good league and will give me the experience and the quality level I need now. We’re all looking to be in the best possible situations before the Tokyo Olympics and I hope my work with Afyon helps me to get a spot in the squad. And playing with Cristian will be great too.”
Poglajen, 30, will remain in Turkey for a second consecutive season after he played for Ziraat Bankasi Ankara in 2019-2020. The outside hitter’s international experience also includes stints in his native Argentina, Brazil, Italy, Poland and Belgium.
He has been with the Argentinean national team since 2010 and has appeared in the last two Olympics, in which the South Americans finished fifth.
More volleyball from Argentina:
Vicky Mayer ready to be Argentina's young leader
Player of the Week: Facundo Conte
Cubans dominate Argentinean League individual awards
Captain Lazcano says Argentina will be stronger in Tokyo
Agustin Loser continues moving fast on and off the court
Nizetich pleased to be back
French league set for Argentinean influx
Argentina coach Ferraro aiming for top 8
De Cecco set to join Lube Civitanova
Former Argentinean captain Sosa eyeing comeback
Quick links:
FIVB Volleyball Nations League
Olympic Games Tokyo 2020FacebookTwitterInstagramYoutube
{{item.Title}}
See All News
This website uses cookies to ensure you get the best experience on our website. For more information please read our Cookies Policy.
Ok