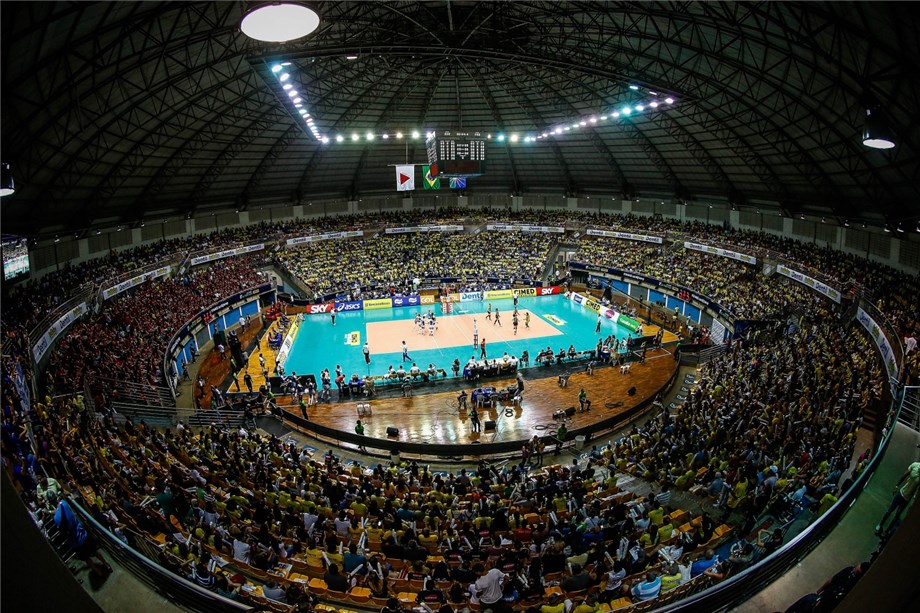 Rio de Janeiro, Brazil, March 20, 2020 – The Brazilian Volleyball Federation announced on Thursday that the 2019-2020 edition of the country’s women’s Volleyball Superliga would be ended prematurely in response to the coronavirus pandemic.
The men’s version of the tournament is currently suspended and potential options to resume the season will be reevaluated in April. Both decisions were made through a voting process that included the clubs competing and the country’s Athlete’s Commission.
“In both cases, the Federation informed its preference for ending the season immediately, but the decision was made by the clubs,” said the Federation’s Volleyball Superintendent Renato D’Ávila. “Most of the teams agreed with the idea of ending the season for the women’s tournament while for the men the suggestion of waiting for another month was the one approved. It’s heartbreaking to end the season this way, but we understand it’s absolutely necessary.”
The women’s Superliga was about to begin its quarterfinal playoffs last Saturday when the decision of ending the season without a champion was made.
“It’s sad and very frustrating,” Itambe Minas’ middle-blocker Thaisa Daher said. “After all the hard work, to be forced to stop now is tough. But we all understand that it was the right decision due to everything that’s happening in the world. All that matters now is that we all take care of ourselves so we can deal with the situation in the best possible way.”

Two changes in the roster regulations for the women’s tournament in the 2020-2021 season were also made. Following what already happens in the men’s Superliga, each team will now be able to have three foreign players on its roster and a ranking that limited the number of star players each club could have will be removed.
More volleyball from Brazil:
Rahimova in the spotlight in Brazilian Superliga
Taubaté leapfrog Sada Cruzeiro led by Lucarelli
Alan helps Sesi stun Superliga leaders Sada Cruzeiro
Carol's block party keeps Praia Clube on a roll in Brazil
Sheilla nearing top form as Tokyo 2020 approaches
Thaisa leads Itambé Minas to South American three-peat
Quick links:
FIVB.com - Volleyball
Facebook
Twitter
Instagram
Youtube
{{item.Title}}
See All News
This website uses cookies to ensure you get the best experience on our website. For more information please read our Cookies Policy.
Ok