Gabi: "My big dream is an Olympic medal" 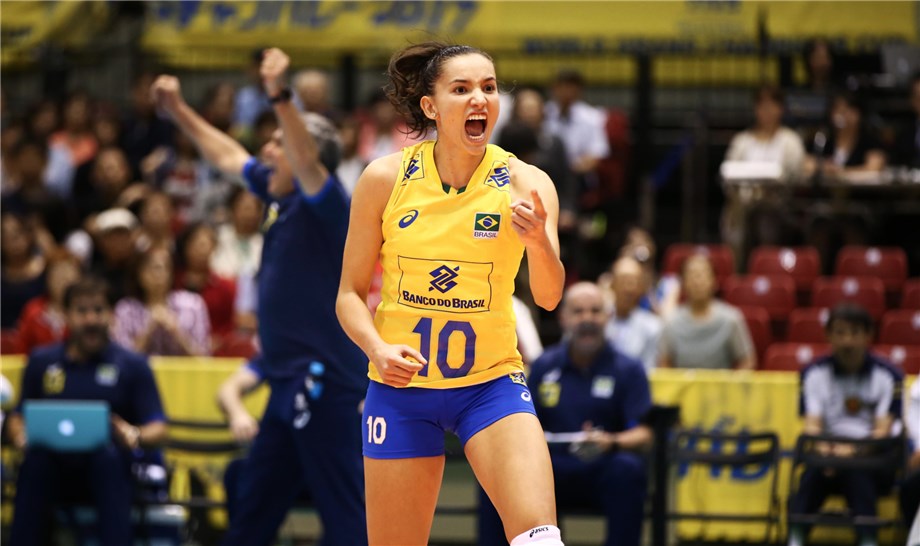 Brazil's Gabi Guimaraes ran a Facebook Live session answering questions from her massive fan base from across the world.

Lausanne, May 12, 2020 - "My big dream is an Olympic medal and every day when I practice I think about this," said Brazil international Gabi Guimaraes in a Facebook Live session on Monday. Last week she had been named 'Player of the Week' and featured across the FIVB's website and social media channels.

Featuring her trademark smile (which she explained as emanating from her positive attitude) Gabi ran the session in near perfect English (with just a little bit of Portuguese thrown in for the benefit of her Brazilian followers) from her home in Belo Horizonte where she is isolating and answered numerous questions from her fans from across the world.

"[Participating in] the Rio 2016 Olympic Games was a dream come true for me," said the outside hitter who celebrates her 26th birthday in a week's time. Gabi went on to explain how the experience following the quarterfinal defeat to China proved a turning point in her growth as a player. "All the things that I went through in the four years since and all the difficulties gave me more strength and power to work."

Gabi also went through her early years, stressing how her involvment with different sports as a youngster helped her adjust to volleyball from the age of 14.

Concentrating on her latest experience, Gabi explained how leaving Brazil for abroad for the first time to join Turkey's VakifBank in Istanbul was key.

"I learnt a lot this season, playing in one of the best leagues in the world alongside some amazing players," she said. It was really important for me to play at a really high level and compete in the great tournaments outside of Brazil, such as the European Champions League and the Turkish League."

Gabi wrapped up the 40-minute live session parting with some advice for aspiring stars: "The most important thing is have the right balance for all skills, such as reception, attack, defence, service. When you're having bad moments in attack, for example, you can turn you attention to receiving or serving or blocking. As I'm not a very tall player, I have come to realise that I need to play intelligently and try to avoid errors."