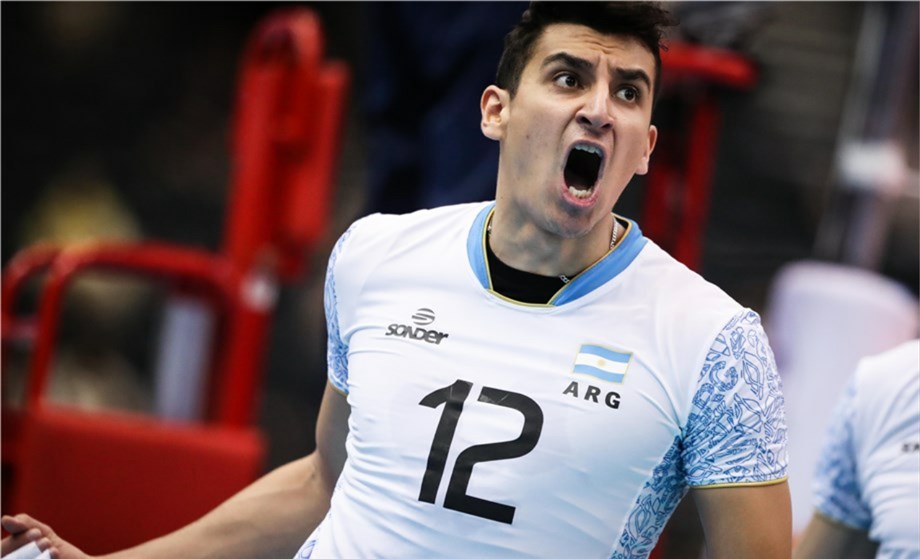 San Juan, Argentina, March 6, 2020 – Star opposite Bruno Lima pushed Gigantes del Sur to a positive start in the playoffs of the Argentinean Volleyball League as the team secured a 3-0 (25-23, 25-18, 28-26) away victory over Obras de San Juan at the Aldo Cantoni stadium on Thursday.
The opposite was the only player on his team to score in double digits as he registered an impressive 20 points, 19 of them on spikes. Inspired by Lima’s spectacular performance against his former club, the visiting team opened the best-of-three quarterfinal series well and can secure its spot in the semifinals next Thursday, when it hosts Obras at home in Neuquén.
“The fans have been great pushing us the entire season and we’re looking forward to meet them at home next week,” Lima said at the end of the match. 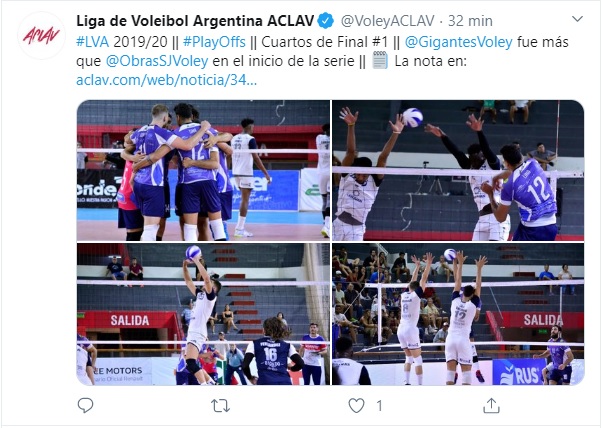 The 24-year-old Lima has been one of the top players in the 2019-2020 Argentinean League in his first season with Gigantes as he’s the best scorer of the competition with 444 points – 66 more than the second-best, River Plate’s Manuel Balangue. He ranks second in points per set (5.55) and fifth in aces (30).
A silver medalist at the 2015 FIVB U21 World Championships, Lima has been a regular in the Argentinean national team since that season. He was part of the roster that took fifth at the 2016 Rio Olympics and was the team’s best scorer in the 2019 edition of the FIVB Volleyball Nations League. Last year he was also the best opposite of the South American Championship.
Reigning champions Club Bolívar and UPCN Voley also won on the road on the first day of the Argentinean playoffs. A match between Ateneo Voley and Ciudad Voley on Friday will close the first leg of the quarterfinals.
More volleyball from Argentina:
Miguel López carries UPCN to victory in Argentinean derby
Unstoppable Club Bolivar still undefeated in Argentinean League
Quick links:FIVB Volleyball Nations LeagueFacebookTwitterInstagramYoutube
{{item.Title}}
See All News
This website uses cookies to ensure you get the best experience on our website. For more information please read our Cookies Policy.
Ok