Nizetich pleased to be back 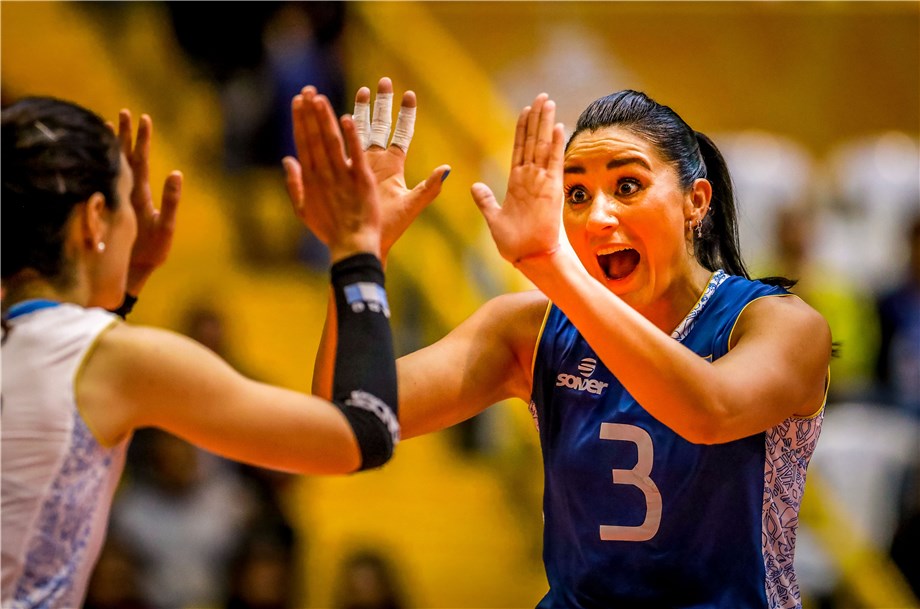 Lausanne, Switzerland, May 14, 2020 – Being part of the Argentinean national team has been a constant in Yamila Nizetich’s life - since 2002 - but a couple of years ago the outside hitter thought it was all about to change.
Two years after captaining Las Panteras (The Panthers, in Spanish) in their first-ever Olympic appearance at the Rio 2016 Games, head coach Guillermo Orduna left 'Yas' out of the team for the 2018 FIVB Volleyball World Championships.
At that point, she thought 15 years of dedication to the team were over.
“It was a tough blow to my career being left out of the roster for the World Championships in 2018,” she said in an Instagram interview with journalist Tomas Rodriguez Couto. “It was the first time I missed a tournament in 16 years with the national team, but moments like these teach you lessons.”
One of those lessons is probably that a lot can change with time. Shortly after the team’s 19th-place campaign at the World Championships, Orduna was replaced by Hernan Ferraro and the doors of the national team were open again to Nizetich, one of the few Argentinean players with significant overseas experience.
The 31-year-old outside hitter, who has been in Europe since 2007 and has already played in Spain, France, Germany, Turkey and Italy, helped the team finish third at the 2019 FIVB Volleyball Challenger Cup and was the best server of the 2019 FIVB Volleyball World Cup, in which the Argentineans were tenth. But it’s another tournament that comes to mind when she recalls her return to the national team.
“I’ve always dreamed about winning a medal in an international tournament with the national team, so to take bronze at the 2019 Pan American Games in Lima was unreal,” she added. “It was my first tournament back with the team, so it will be an unforgettable one, for sure.”
The bronze medal at the Pan American Games was, indeed, important, but the main goal for the Argentineans and Nizetich was still ahead of them. After finishing third in Pool C of the intercontinental Tokyo Volleyball Qualification tournament, Las Panteras would have to succeed at the South American qualifier in January 2020 to appear in back-to-back Olympics.
After solid victories over Peru and Venezuela, the Argentineans went on to face hosts Colombia and came out on top with a 3-1 win and their spot in Tokyo secured. Nizetich, who scored 14 points in the final match, proved her value to the team once again by finishing second in the individual rankings of digs and serves, third in attack and was the fourth-best scorer of the tournament played in Bogota.
“To play the last match against Colombia in their stadium was amazing,” she recalled. “They were playing at a really high level and they had all of the fans on their side. We didn’t start the match well, but we found our rhythm and it was fantastic to secure our spot in Tokyo.”
More volleyball from Argentina:
French league set for Argentinean influx
Argentina coach Ferraro aiming for top 8
De Cecco set to join Lube Civitanova
Former Argentinean captain Sosa eyeing comeback
Mendez proud of Argentina's past, excited about future
Weber departs from Club Bolivar to coach Taubate
Quick links:
Olympic Games Tokyo 2020FacebookTwitterInstagramYoutube
{{item.Title}}
See All News
This website uses cookies to ensure you get the best experience on our website. For more information please read our Cookies Policy.
Ok