Player of the Week: Annie Drews 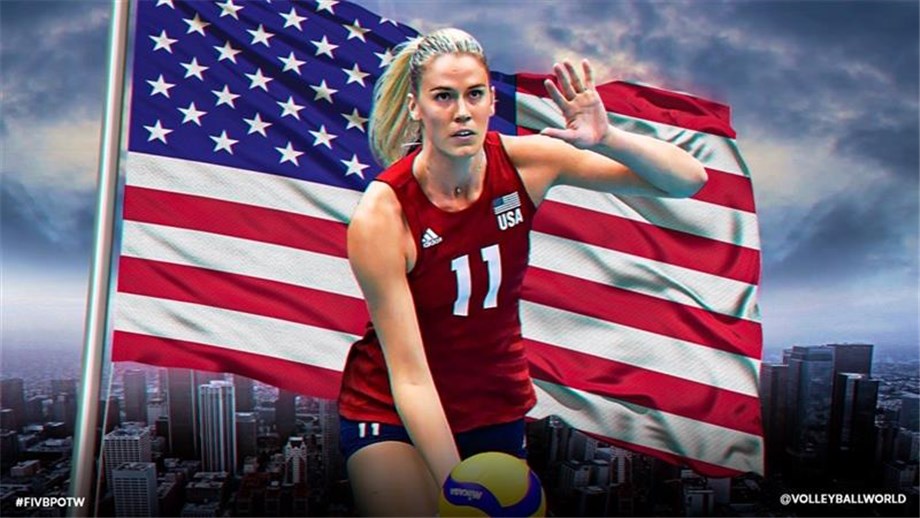 Lausanne, Switzerland, April 6, 2020 - From the heart of USA's Midwest to international stardom, the story of Andrea 'Annie' Drews is what dreams are made of.

It took Drews a fairly long time to venture far from her hometown of Elkhart, Indiana - attending High School in Mishawaka and continuing her studies at Purdue University, from where she graduated in Hospitality and Tourism Management in 2015.

#FIVBPOTW - What to look out for this week:


She had started out in volleyball at the age of 15 and it was with Penn High School that she became a two-time volleyball state champion, before being selected an AVCA High School American as a senior.

She debuted with the USA National Team in 2017, at the Pan American Cup of that year.

But once she was beyond the confines of USA, the 26-year-old took the world by storm.

Her performance at the 2019 FIVB Volleyball Nations League has already made the history books, as she led USA to their second consecutive gold in the competition. The cherry on the top of the cake was her 33-point outburst in the five-set final against Brazil - a deciding factor in her earning the highest individual honour of MVP of the competition.

She is only the second USA player to make the list of players who have scored 30 points or more in a single match during the two-year history of the VNL (teammate Jordan Thompson had also bagged 33 points against Brazil, two days earlier in Final Round pool play).

She followed up the VNL MVP honour with a Best Opposite individual award as USA finished runners up to China in the 2019 FIVB World Cup.

Her overall breakout performances and the individual awards led USA Volleyball in naming Drews female indoor 2019 'Player of the Year'.

Following college Drews had enjoyed a couple of seasons in the Puerto Rico League with Indias de Mayaguez and Caguas Criollas and was named MVP of the season with the latter, in 2016, before moving across the Atlantic to play in Italy briefly for SAB Volley Legnano and Pomi Casalmaggiore.

Continuing the eastward trend, Drews' latest stop was in the Far East, when she signed on with JT Marvelous in the Japan V.League. She was immediately a hit.

Drews led her club to the title in the 2019-20 season championship title in the Japan V.League Division 1, sweeping the individual awards on the way and consistently topping the stats throughout the season.

Drews was named both MVP and Best Opposite of the season in the V.League.