Player of the Week: Facundo Conte 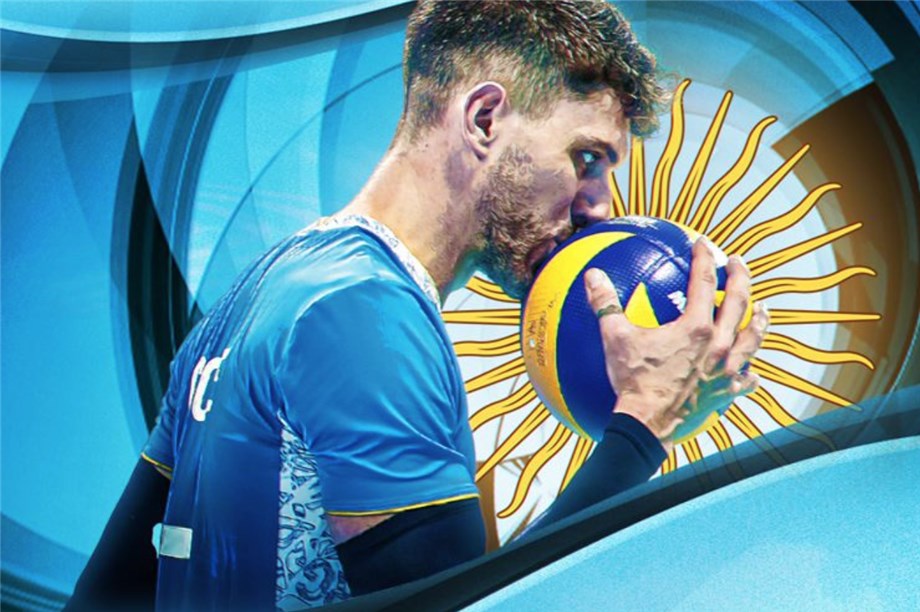 Lausanne, Switzerland, June 29, 2020 – Facundo Conte is the face of a generation of Argentinean players who have the ambition of taking the country’s men’s national team to the next level on the international scene.
The 30-year-old outside hitter has been the emotional leader and one of the top scorers of the South American side for the most part of the last decade and has become a key piece in the team’s international success in the period.
Conte was privileged to start refining his volleyball skills from a very young age and with the best professors he could possibly have, his father, Hugo, an Olympic bronze medallist at the 1988 Seoul Games, and his mother, Sonia, who was part of the country’s national team at the 1983 Pan-American Games, both standout outside hitters in their generations.
“Everything I know I learned from them,” Conte said. “They taught me not only to play the game, but also to never forget that the most important thing is to have fun while playing. I have memories of playing with my father using a rope as the net and of him teaching me how to tool the block, which was one of his specialties.”
Conte apparently learned those lessons pretty efficiently as he has been a regular in the Argentinean team since 2010, appearing at both the London 2012 and the Rio 2016 Olympics and at the last three editions of the FIVB Volleyball Men's World Championships. He was also the Most Valuable Player in the country’s victory at the 2015 Pan-American Games.
The outside hitter got to play alongside his father at Argentina’s GEBA and to be coached by him at Italy’s Zinella Volley Bologna in a club career that saw him succeed with 13 different teams across three continents.
Conte won national titles in Poland with Skra Belchatow in 2013-2014, in China with Shanghai Golden Age in 2016-2017 and 2017-2018 and in Brazil with Taubate in 2018-2019. He also was the champion of the 2010-2011 CEV Challenge Cup with Cucine Lube Civitanova.
Related article: Conte stays with Sada Cruzeiro
He spent last season with Brazil’s Sada Cruzeiro Volei, where he won the South American Club Championship, the Brazilian Cup and the Minas Gerais State Championship. With the club, the Argentinean also took the silver medal at the 2019 FIVB Volleyball Men’s Club World Championship and made it into the tournament’s Dream Team as one of the best outside hitters.
The Argentinean will return to the Brazilian team for another season and is preparing for his third Olympic appearance, which is expected to be at the Tokyo Games in 2021, when the team coached by Marcelo Mendez will try to improve on its fifth place in Rio four years ago.
Follow Facundo Conte on Instagram
Player of the Week features:
Week 1: Yuji Nishida
Week 2: Annie Drews
Week 3: Klemen Cebulj
Week 4: Brayelin Martinez
Week 5: Milad Ebadipour
Week 6: Gabi Guimaraes
Week 7: Karol Klos
Week 8: Onuma Sittirak
Week 9: Simone Giannelli
Week 10: Eda Erdem
Week 11: Tsvetan Sokolov
Week 12: Sarina Koga
Week 13: Louisa Lippmann
Quick links:
FIVB.com - Volleyball
Facebook
Twitter
Instagram
Youtube
{{item.Title}}
See All News
This website uses cookies to ensure you get the best experience on our website. For more information please read our Cookies Policy.
Ok