Rahimova in the spotlight in Brazilian Superliga 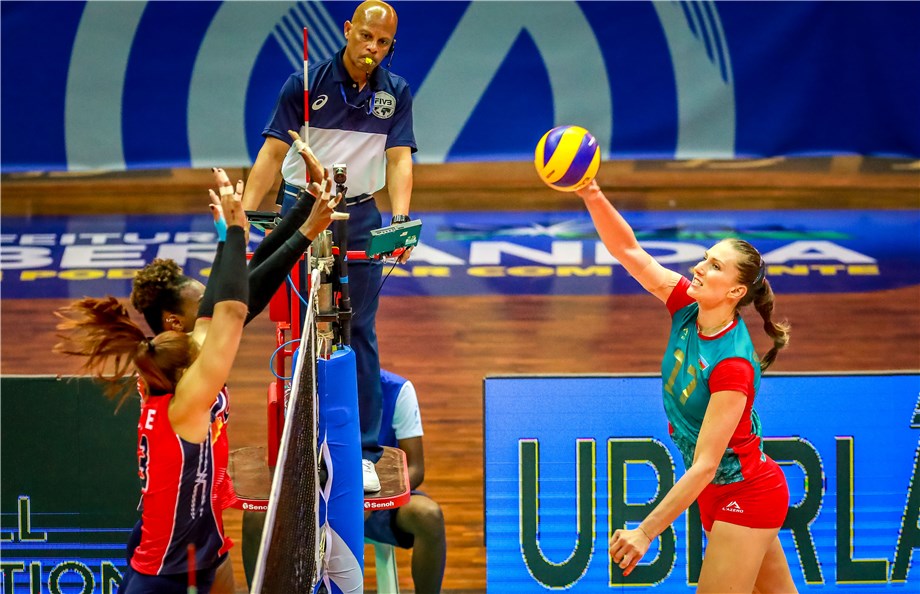 Lausanne, Switzerland, March 11, 2020 – It didn’t take long for Polina Rahimova to become a star in the Brazilian Superliga. Playing for the first time in the country, the 29-year-old Azerbaijani was one of the best players of the league’s regular season, which concluded on Tuesday.
The opposite, who helped Sesi Vôlei Bauru to finish fourth in the league’s qualification round by adding 14 points in the team’s 3-0 (25-19, 25-19, 26-24) victory over São Cristovão Saúde/São Caetano on Tuesday, was the league's regular season’s top scorer with 428 points, averaging 5.28 per set.
The veteran, who announced her retirement from the country’s national team shortly after the CEV Olympic Qualification tournament last January, was also the player who scored the most aces in the regular season – 45.
In 2015, when she played for Japan’s Toyota Auto Body Queenseis, the opposite set a record for the most points scored in a match when she registered 58 during the Japanese V-League.
Rahimova, who played 142 matches for Azerbaijan’s national team and featured in both the 2014 and the 2018 FIVB World Championships, will meet another international-caliber opposite in the Superliga’s quarterfinals as Sesi Vôlei Bauru is set to clash with fifth-seeded Osasco Audax, who have Serbian star Ana Bjelica as one of their main players.
The playoffs, which start this weekend, will also see top-seeded Dentil Praia Clube face Curitiba Vôlei, second-seeded SESC RJ meet Fluminense and third-seeded Itambé Minas battle São Paulo Barueri.
More volleyball from Brazil:
Taubaté leapfrog Sada Cruzeiro led by Lucarelli
Alan helps Sesi stun Superliga leaders Sada Cruzeiro
Carol's block party keeps Praia Clube on a roll in Brazil
Sheilla nearing top form as Tokyo 2020 approaches
Thaisa leads Itambé Minas to South American three-peat
Quick links:
FIVB Volleyball Nations League
Olympic Games Tokyo 2020FacebookTwitterInstagramYoutube
{{item.Title}}
See All News
This website uses cookies to ensure you get the best experience on our website. For more information please read our Cookies Policy.
Ok