Team of the Week: Marco and Esteban Grimalt 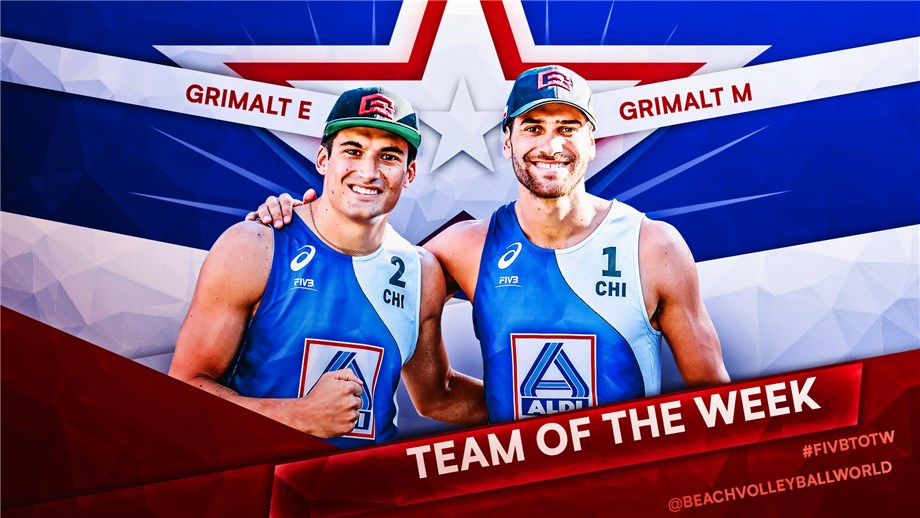 Lausanne, Switzerland, July 6, 2020 – At some point in the future, the history of beach volleyball in Chile will be divided into two parts: before and after Marco and Esteban Grimalt.
The cousins, who are from a family with a long history in volleyball, have taken the South American nation to new grounds in the sport, accomplishing several unprecedented results at the international level over the last decade.
Partners on the FIVB Beach Volleyball World Tour since 2011, the 30-year-old Marco and the 29-year-old Esteban were the first players from their country to step on an international podium, and it is a feat they have repeated consistently. They won a pair of silver medals in 2014, their first gold in 2018, in Tokyo, and two more in 2019, with victories in Sydney and Doha. Last season, they also claimed a ninth place in the world rankings.
Sandwiched between those medals are some of the achievements that make the Grimalts proudest, including their qualification for the Rio 2016 Olympic Games, where they finished 19th, and the gold medal they won at the 2019 Pan-American Games in Lima, Peru. Both were also firsts in Chile’s beach volleyball history.
“In the beginning of our careers, we could only dream about everything we ultimately accomplished... and now it’s all real,” Marco said. “Our qualification for the Olympic Games helped the development of beach volleyball in Chile a lot. It stimulated people to play and strengthened the work at youth and junior levels. We hope we are only the tip of the iceberg for this sport in our country.” 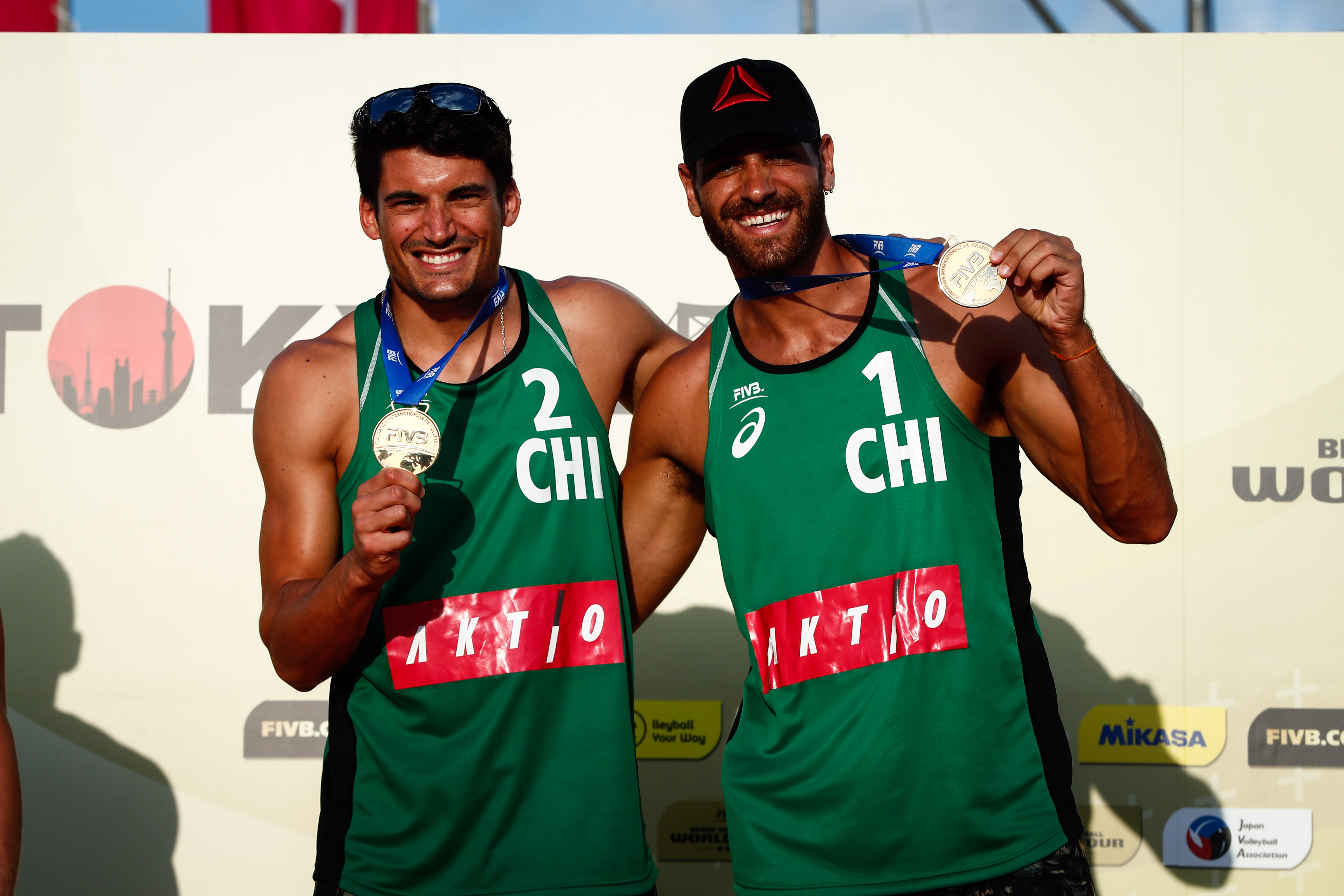 Esteban (left) and Marco won their first FIVB World Tour gold medal in Tokyo, the stage of the next Olympics.
Their results have turned the cousins into very popular figures on the Chilean sports scene and that’s a responsibility both Marco and Esteban enjoy. They have become an attraction with the media and have used their success to promote beach volleyball in the country.
They understand their role in promoting the sport and working as examples for young, up-and-coming talent in the country. They don’t take it for granted either.
“It makes us proud,” Esteban added. “We know we represent a lot of people, including our family and our city of Linares, which both give us unbelievable support. We know it’s a huge responsibility to be a reference for other people and we need to show it on and off the courts every single day. We take our role very seriously and we want to be a positive reference point for everybody in Chile.” 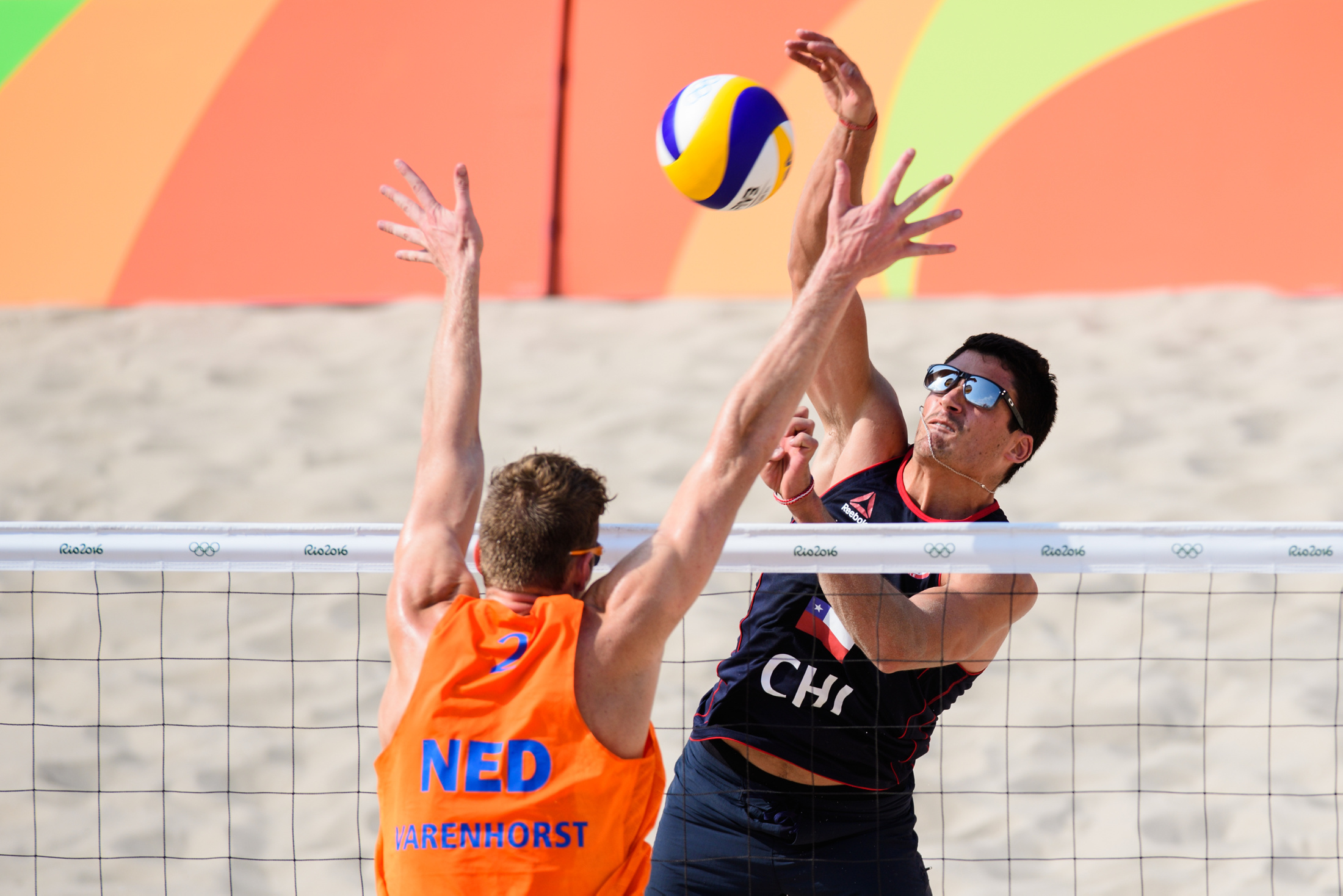 Esteban in action during the Rio 2016 Olympics. It was the first Olympics featuring a Chilean team competing in beach volleyball.
Now coached by former Brazilian player and World Tour regular Paulao Moreira, Marco and Esteban continue to believe their mission with their country is far from over. Currently ranked 25th in the world, the cousins are aiming for another Olympic appearance at the Tokyo Games in the summer of 2021.
That, they hope, will continue pushing Chilean volleyball forward.
“Our goals are really high and we want to keep checking all the boxes,” Marco concluded. “We want to be at the Olympics again and put Chile in the best place we can. Some sports are still very amateur in our country and we want to help change that and make volleyball stronger. Chile is a big country, with a huge coast and we can play there all-year long. Beach volleyball can be massive in Chile.”
Also read:
Esteban Grimalt's unique journey
Quick links:
FIVB Beach Volleyball World Tour
Facebook
Twitter
Instagram
{{item.Title}}
See All News
This website uses cookies to ensure you get the best experience on our website. For more information please read our Cookies Policy.
Ok