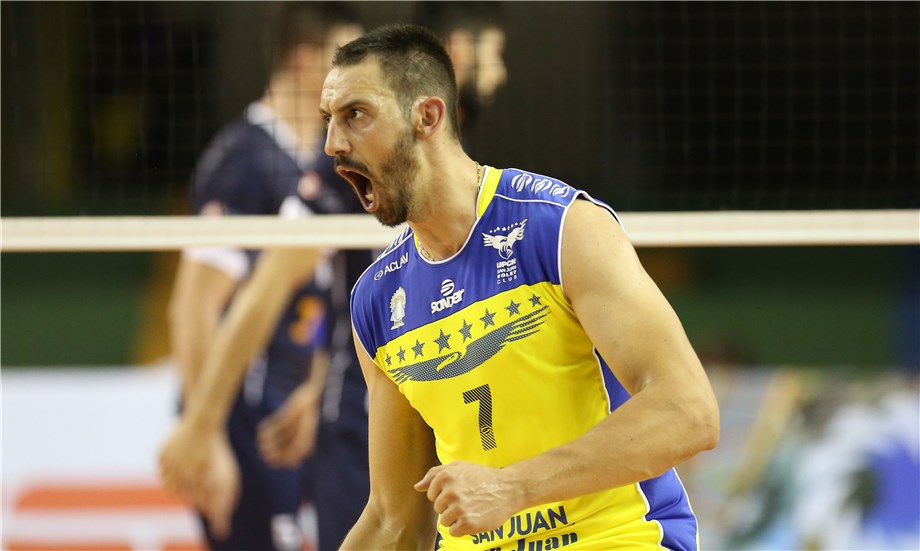 San Juan, Argentina, March 13, 2020 – UPCN Voley benefited from a stellar performance by Nikolay Uchikov to advance to the semifinals of the 2019-2020 Argentinean Volleyball League, where they will cross paths with reigning champions and longtime rivals Club Bolívar.
A bronze medallist at both the 2014 and the 2015 FIVB Volleyball Men’s Club World Championships, UPCN hosted River Plate at the Aldo Catoni stadium, in San Juan, on Thursday, in the second match of their best-of-three quarterfinal series. The home team gave no chance to the visitors by securing a 3-1 (27-25, 23-25, 25-20, 25-21) victory and advancing to the league’s semifinal round for the 12th-straight season. 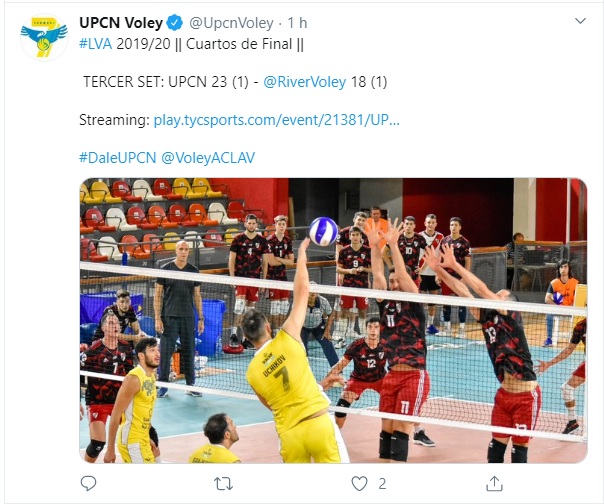 Star opposite Nikolay Uchikov was the cornerstone of UPCN’s triumph as the 33-year-old Bulgarian opposite added an impressive 20 points for his side. Team captain and Argentina’s national team middle-blocker Martin Ramos scored ten.
The veteran opposite, who also played professionally in Italy, Bulgaria, Greece and Russia, has been part of his country’s national team in the most recent tournaments, as he featured at the 2018 FIVB World Championships and was the team’s third-best scorer in the 2019 FIVB Volleyball Nations League.
Club Bolívar reached the semifinals after a 3-0 (25-18, 25-22, 25-17) triumph over Monteros Voley in which opposite Jesus Herrera, middle-blocker Agustin Loser and outside hitter Osniel Melgarejo scored 15 points each. The best-of-five semifinal series will start next week and Gigantes del Sur and Ciudad Voley will go head-to-head in the other duel.
More volleyball from Argentina:
Lima gives Gigantes a head start in Argentinean playoffs
Miguel López carries UPCN to victory in Argentinean derby
Unstoppable Club Bolivar still undefeated in Argentinean League
Quick Links:
FIVB Volleyball Nations LeagueFacebookTwitterInstagramYoutube
{{item.Title}}
See All News
This website uses cookies to ensure you get the best experience on our website. For more information please read our Cookies Policy.
Ok