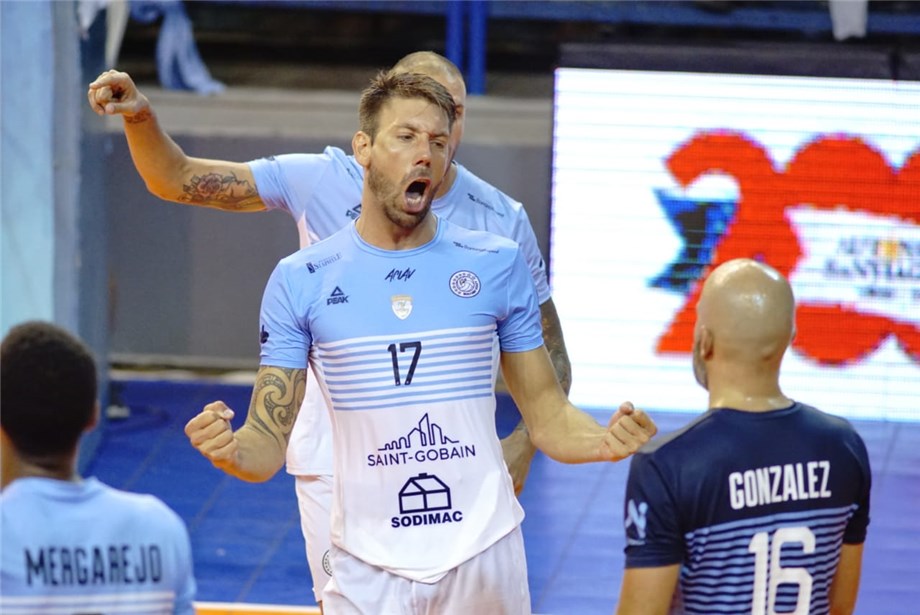 Buenos Aires, Argentina, February 8, 2020 – Club Bolivar are off to a great start in the Argentinean Volleyball League as the side coached by former national team setter Javier Weber remain undefeated after their first 15 matches in the competition.
Bolivar secured their 15th-straight win on Friday, when the team downed Gigantes del Sur 3-0 (25-11, 25-18, 25-11) at home. Cuban opposite Jesus Herrera was a key player in Bolivar’s win as he scored 20 points in the match.
Bolivar’s captain Agustin Loser, who was one of the best players of Argentina’s national team’s campaign at last year’s FIVB Volleyball World Cup in Japan, stressed the importance of the result following a setback to Brazil’s Sesi in the Copa Libertadores final earlier in the week.
The middle blocker scored 13 points in the match, seven of them in blocks, including the one that sealed the team's victory.
“Losing in the Copa Libertadores final was a tough blow for us and to be able to bounce back that quickly is good for us,” he said.
The night before, on Thursday, Bolivar defeated River Plate in a grueling five-set match also at home. The team now take a break from the Argentinean League to compete in the South American Championship, in Contagem, Brazil, from February 11-15.
Quick links:
FIVB.com - Volleyball
Facebook
Twitter
Instagram
Youtube
{{item.Title}}
See All News
This website uses cookies to ensure you get the best experience on our website. For more information please read our Cookies Policy.
Ok