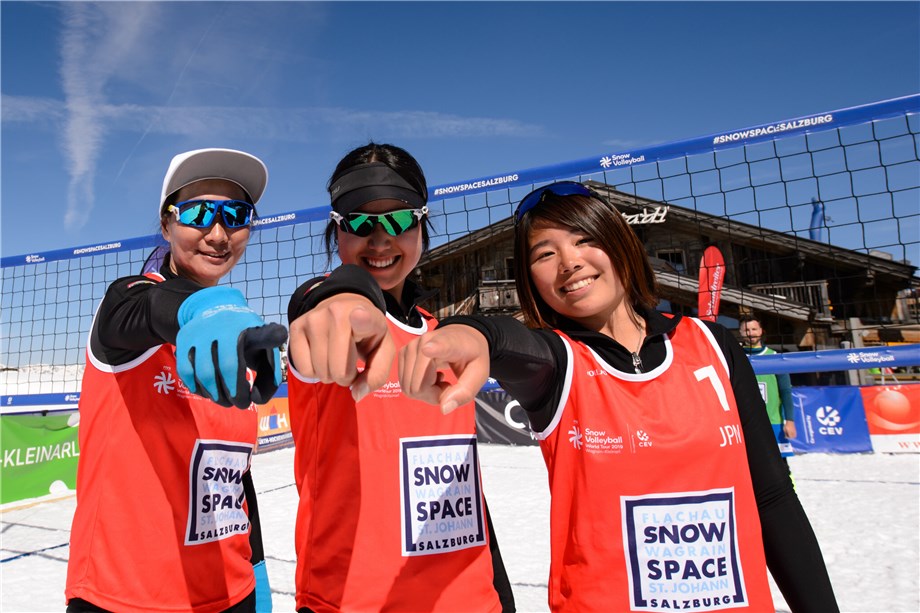 Wagrain-Kleinarl, Austria, March 30, 2019 – The worldwide spread snow volleyball is experiencing with the introduction of an FIVB Snow Volleyball World Tour is well illustrated by the participation of a Japanese women’s team in the first two events, in Austria and Italy.
Shion Tsubouchi, Haruka Arai and Shinako Tanaka are the lucky athletes that can brag about being the first Japanese professional snow volleyballers for the rest of their lives, as they were selected by the Japan Volleyball Association to represent not only their country, but also the entire continent of Asia, and become part of these historic events. The Japanese squad is the only AVC squad playing at the first World Tour stop in Wagrain-Klienarl and this makes them feel quite special, but also hopeful to set the right example and help the new sport grow fast in Japan and the rest of Asia.
“We were selected to play on the World Tour by the Japan Volleyball Association and we are very happy about it,” said 43-year-old Shinako, looking quite elated even right after her team was eliminated from further contention in the Wagrain-Kleinarl main draw. “This venue is very nice. What a great location! Many spectators attend the matches and they are all so enthusiastic to be part of this event.” 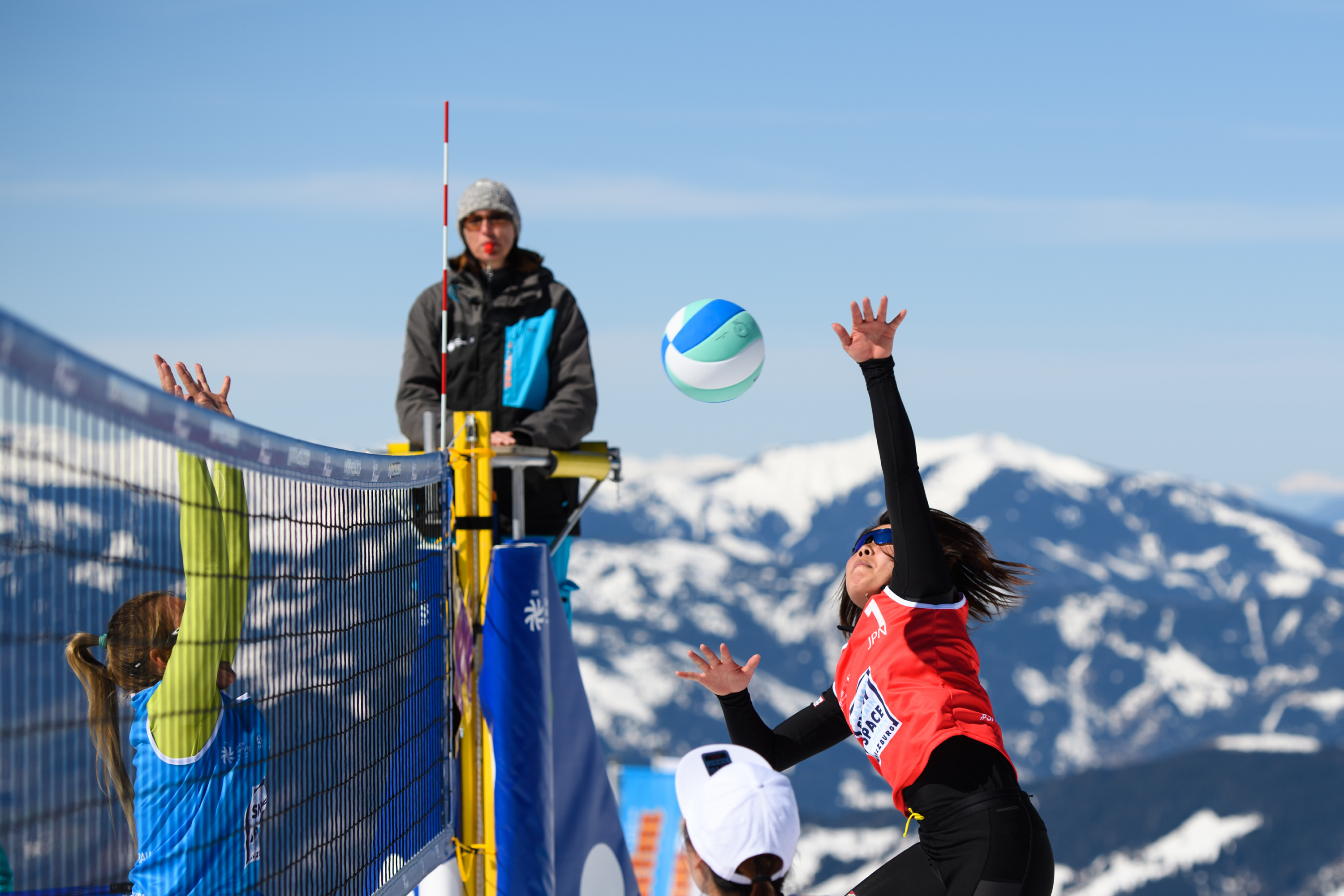 Japanese attack with the gorgeous view of the Austrian Alps in the background
All three players on the Japanese squad, Shinako and her 21-year-old teammates, come from beach volleyball and indoor volleyball, so this is a completely new experience for them.
“It is the first time any of us are playing snow volleyball and we are so excited,” Shinako continued. “There is a little bit of difference between the sand and the snow, so for us it is a learning experience. We have to work out a system how to play better in the three-a-side format. I hope next week we play better and, step by step, we raise our level.” 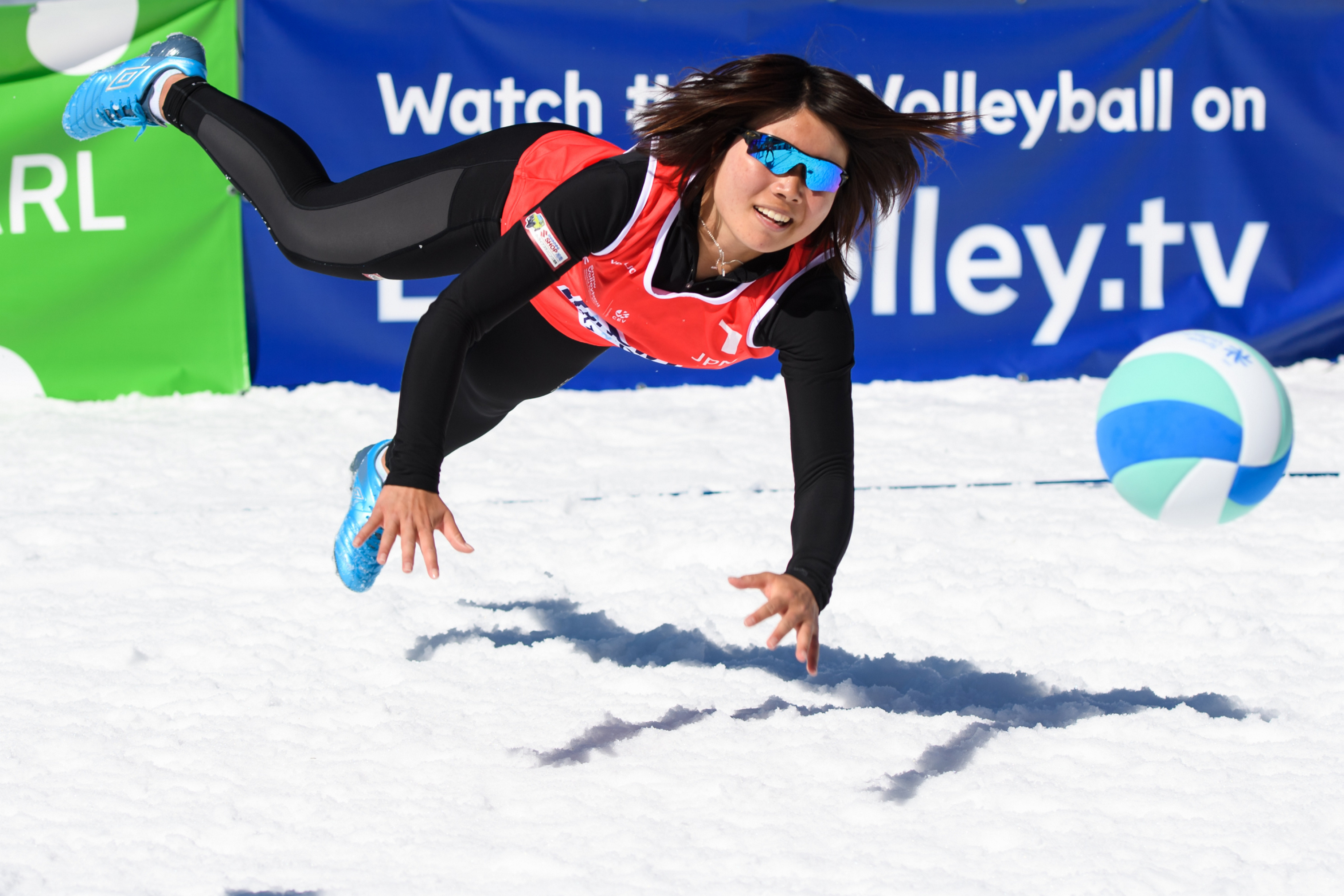